My mother grew up on Minute Maid’s Florida groves. Her family were migrant workers. From the Carolinas to South Florida, they picked oranges, tomatoes, and cotton. My mother was born in 1942, the last of 17 children. Her family lived in a one-room shack with a dirt floor.

Describing the conditions of Florida’s migrant workers, the former United States Secretary of Health, Education, and Welfare, Joseph A. Califano, wrote in his memoir, Inside: A Public and Private Life (2005):

We were appalled. The problems went far beyond inadequate housing and transportation. The migrants were illiterate. Families were separated, with parents and children working in different groves and staying in different, often unsanitary, dormitories. Mental illness, alcohol abuse, and violence were common.

Minute Maid’s groves were wretched and “sadistic” plantations. Workers slept in shacks, tents, cars, trailers, and under the stars. They had no running water.

Donald H. Grubbs’s “The Story of Florida’s Migrant Workers” article from Florida Historical Quarterly, made the situation sound like a scene from Mark Mathabane’s Kaffir Boy:

Much illness among migrants could be traced to the necessity of living where ‘indescribably filthy’ open-pit toilets were located next to the only water supply, or in it, and where a child’s typical meal, according to witnesses, consisted of a cold corn cob, tomato, three dried prunes, and beer.

Work crew leaders had the power to reduce an employee’s pay as swiftly as the breeze blew. Grubbs wrote that an average family of workers’ annual salary was $300-$400. Today, that’d be just over $6,000 a year.

I flew home from Tokyo to check on my parents. Hurricane Irma had just hit Orlando. My folks were without power for a week. Some homes were underwater. Trunks, whose crowns had been ripped off, looked like vengeful versions of The Giving Tree.

Everyday, my parents sit on a bench, under the shade, in our backyard. It’s blazing out there. The sand, grass, and concrete could make your bare feet dance. Twirling through shadow and light, humidity’s whimsical mist spins to the wind’s enveloping currents. Sparrows converse in a canopy of leaves. Behind sunlight’s veil, Moms is a soda sipping diabetic. Pops is working through a four pack of tall boys.

Together they live in the future through the past.
“…My daddy fought in World War I. He say the white G.I.’s told the people over there, that the nigga soldiers had tails…,” Pops said.
From a bedroom window, I could hear them talking about things that happened sixty years ago.
“…that’s when momma got raped by those 5 white men,” Moms said.
Her saying “momma” put a time delay on my realizing that she was referring to my grandmother.

I asked Moms about the Minute Maid groves.
“I wanted to learn so bad,” she said. “I’d follow my brothers and sisters to school, but the teacher would send me away. They said I was too young. I’d run home crying.”
She was reluctant to talk to me about it. As a kid I knew not to ask her. It was like remembering things that she couldn’t forget, but that shaped her. She experienced things that I couldn’t grasp if I had a time machine. For her, talking to my father was to jointly relive a reality that was hostile, but familiar. They reminisced about things that made them laugh or made one laugh while the other felt self-conscious. Daddy thought he was marrying an innocent country girl. He ran the Parramore streets in Orlando.

“If she dies first, you’re fucked,” I told Pops, tired of hearing him berate her.
The following afternoon he couldn’t breath. No damn doctors. Moms just got out of the hospital a month ago. I helped him put on his pants.
“I can’t breath,” he said.
In the living room he sat in a 400-year-old rocking chair that was his mother’s. I called 9-1-1.
“He looks bad. How long has he been like this?” the medic asked me.
He was in the hospital a month prior to Moms. Something was wrong with his intestines. They had to operate. I knew he was scared, asking my mother to pray. He came home withered.
“He look like an old man,” Moms said. “He don’t even know what day it is.”
Pops must of been in his mid-70’s.
My theory is that my parents are biologically linked. When one goes, the other will soon follow.
“Me and ya daddy went through something,” she said about them revolving in and out of the hospital.

In the backyard above them, a bald eagle glides in a circle. Lizards run along the edge of our fence, stopping to flash the red flap that extends from their throats. Squirrels race across ledges, skipping over high gaps like reptilian ninjas. A gopher turtle that for decades, has lived underground in our backyard, surfaces and burrows its way into the earth. White rats with red eyes come out night. I hate possums.

Health, Education, and Welfare Secretary Califano said that the migrants “had never lived in stable situations.” Paying rent, utilities, and “monthly expenses was foreign to them.” My folks are the only original homeowners that have been here for almost 40 years.

It’s winter. They are the last leaf on the tree.

“I never thought we’d live out here,” Moms said.
It was a white area with an upper middle class zip code.
“When we moved in, they were still building houses,” she said.
With his G.I. bill, Pops copped our crib with a low mortgage. He was retired from the air force.

It took my Japanese wife sitting across from my father at the dinner table, for him to tell me that he had been to Japan. Stationed in Okinawa, post World War II, he was flying missions back and forth, from Japan to California. The Japanese serviced their airplane.
“I didn’t trust them,” he said.
While his co-pilot got permission to leave base, Pops stayed, watching the Japanese mechanics, overseeing what they were doing to his plane. Flying low over the Pacific, they were 20,000 feet in the air.
“Boy, that’s a lot of water. I could see boats, whales, waves, everything. Man, if that plane go down, that’s it. Wasn’t nothing but water. I wasn’t about to leave that plane by itself, no sir,” he said.

“I tried to put him off on another girl,” Moms said about my father. “But he was so nice. He’s had a woman on the side our whole married lives.”
The first time Moms found out about him stepping out on her,
“I told the lady, ‘you can have him,’” Moms said. “That man is something else. He ain’t going no where.”

Because getting somewhere and sitting the fuck down like most people do when they get old, is difficult for my folks, as retired independent farmers, they plant small rows of tomatoes, black eyed peas, and collard greens in our backyard.

Pulling into our driveway after picking Pops up from the hospital, the first thing he did, was go to his vegetables. Up and down the rows he walked, crouching over his crops. Scanning their stems and then he did something unexpected that I had never seen. May be he thought that nobody was watching.
“Yall ok? I’m here. Alright now,” he said.
They were his new children, his beer money. Muhammad, the Parramore bodega owner, would buy whatever Pops brought him, at a low balling price.
“I hate messing wit that damn Muhammad,” Pops would say, slamming the car door, having sold his produce to the devout Muslim.

Muhammad was a proud man. He sold Old English to his customers while trying to get them to zigzag down the righteous path. Five days out of the hospital and Pops was nursing a Coors Light.
“He still think he ah young man,” Moms said.

They say old people don’t live long in new surroundings. Suggesting that they move, was like asking them to climb into a grave and wait for a void to expose them into an old photograph.

When I left for college, I was the youngest and the last of my siblings to leave home. I was afraid my father would kill my mother. None of us would be there to pull him off of her.

My parents sleep in separate rooms. Pops snores too loud. Him and the blaring TV that he leaves on all night, are a singing duet of clashing melodies. On visits home, Moms sleeps with my father. And we sleep in her room.

Underneath her bed I found two large kitchen knives, a crow bar, a hammer, and for some reason, a hacksaw.
“If he come at me, I lay him out,” she said about my father.

The last thing expected of her, was to get an education. She graduated high school and became a certified hairdresser.

I can’t big up her early obsession with those corny romance novels, the ones equivalent to having Fabio on the cover. Some of my first memories are of her face stuck in one of those books or me finding them in her purse, when I was digging for candy. Soon as Moms was able to reclaim the Seventh Day from my father, the romance novels got traded for The Good Book.

“I want to be cremated,” Moms said. “I want my ashes planted with some flowers,” I heard her say.
If it were up to me I’d bury her at the altar of a redwood.

The CBS documentary, Harvest of Shame (1960) with Edward R Marrow, is a report about the plight of migrant workers. Meant to fuel public outrage and mobilize the country, Shame is a disturbing picture of slavery by another name. It was first broadcasted the day after Thanksgiving. 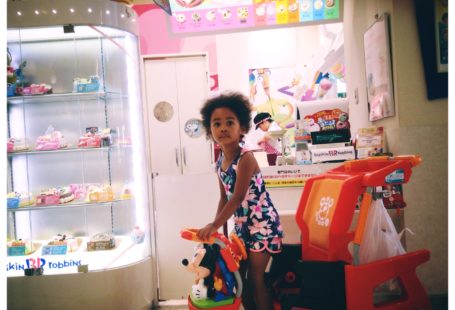 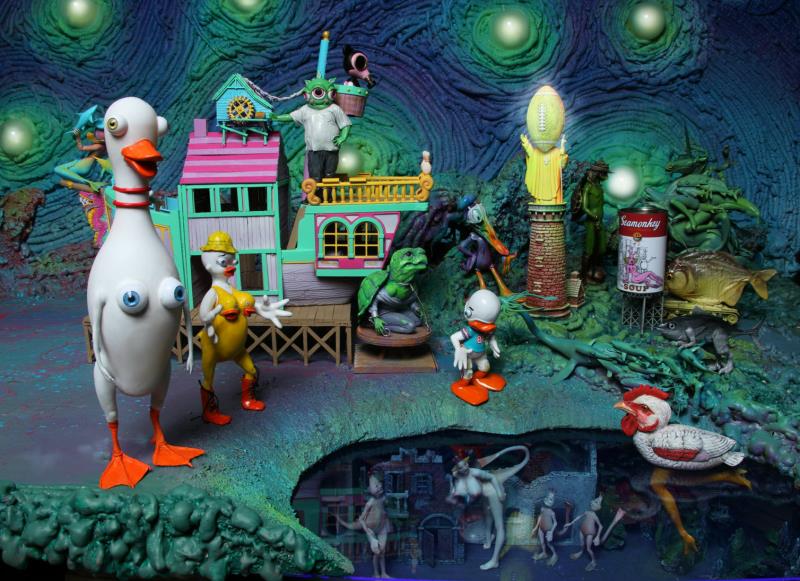 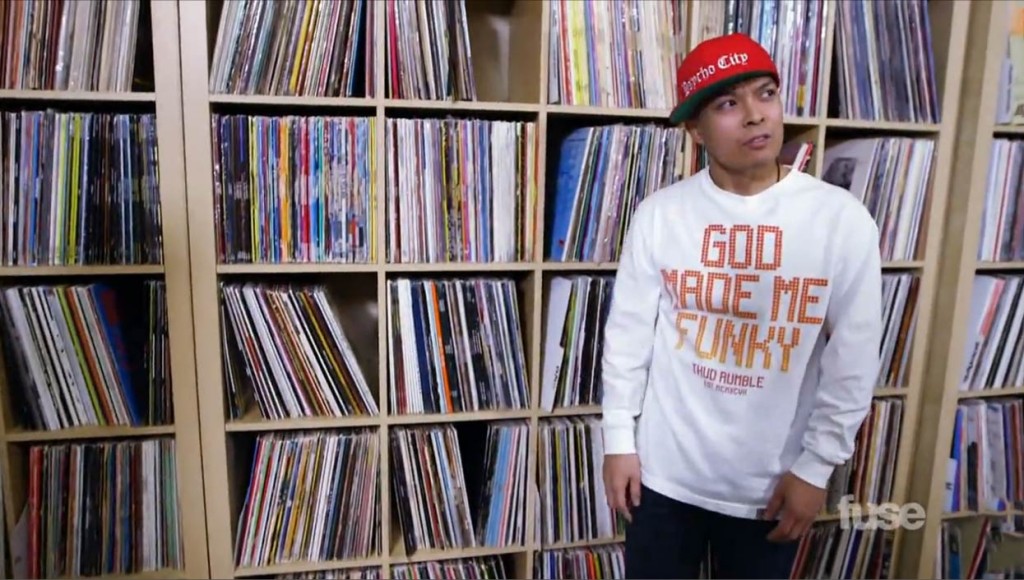 Malcolm X said it nearly 60 years ago and it stills stands true. Who taught you to hate yourself??