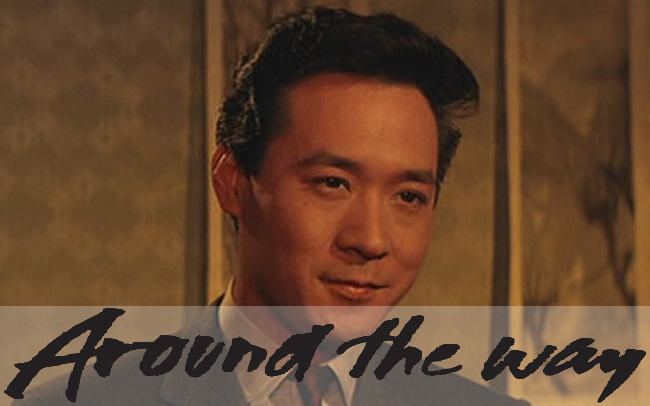 On Monday July 28th, 2014 pioneering Japanese American actor James Shigeta passed away at the age of 85. [Variety] [Hollywood Reporter] [Den Of Geek] [NY Times] [LA Times] James Shigeta was a pioneering Asian American actor who debuted in the 1959 film The Crimson Kimono, a Noir film about a murder case of a local entertainer investigated by two detectives (Korean war veterans) with an interracial love triangle in which James Shigeta’s character Detective Joe Kojaku develops a romantic bond with the character Christine Downes (played by Victoria Shaw) to the dismay of Detective Sgt. Charlie Bancroft (played by Glenn Corbett). The Crimson Kimono though ahead of its time in terms of dealing with interracial relationships still suffered many problematics.

Ex-Israeli soldier speaks out… what he says will change everything you think you know about Israel! [Digital Resistance]

Jewish and Arab people are posing together in inspiring photos saying “We refuse to be enemies”. [Buzzfeed]

Brian Eno condemns Israeli action in Gaza as ‘ethnic cleansing’ – The producer took to David Byrne’s website to write an open letter, characterizing Israel’s military action against Palestine as a ‘colonialist war’ by a ‘ragingly racist theocracy’. [The Guardian]

No Christianity under the ‘Islamic State’? – The Stream discusses the conditions for Iraqi Christians who’ve been forced out of the city of Mosul. [Aljazeera]

Op piece – The hidden hands behind East-West tug of war in Ukraine. [Aljazeera]

The New Scramble For Africa – Caught between competing powers to the West and East, how can Africa emerge from the race for its riches? [Aljazeera]

Blacklisted – The secret government rule book for labeling you a terrorist. [First look]

39 pieces of advice for journalists and writers of color. [Buzzfeed]

Why Poor Schools Can’t Win at Standardized Testing – The companies that create the most important state and national exams also publish textbooks that contain many of the answers. Unfortunately, low-income school districts can’t afford to buy them.  [The Atlantic]

How bad is California’s drought? This Bad. [Gizmodo]

‘Purple Rain’ taught me how to be in a band. [NPR]

A retrospective of Los Angeles in the 80s. [LA Mag]

A Kids cast member is making a documentary about Kids. [Vice]

Mike D on the making of the Beastie Boys’ “Sabotage” video

– This year marks the 20th anniversary of the Beastie Boys’ classic Hip-Hop album Ill Communication, which was released on May 23, 1994. Here is an audio commentary from the Beastie Boys recorded Oscilloscope Laboratories, New York; March, 2009; as part of the deluxe re-issue.

Atlanta to Atlantis: An Outkast retrospective – 20 years ago on April 26, 1994 Outkast released their debut album Southernplayalisticadillacmuzik – This is a retrospective from Pitchfork of Outkast’s career. [Pitchfork]

NPR’s Microphone Check – Cormega: ‘I Just Want To Be A Soldier For My Culture’

– A short documentary about Dancehall music scene in Japan. Via Pulse.

Rekstizzy “You Can’t Be Serious”

– “You Can’t Be Serious” a new single by rapper Rekstizzy get’s a music video release. The track has an introspective, stream of consciousness styled lyrics over a dreamy, chillwave, glitchy, and tumblr friendly beat.

Wax and Wane: The tough realities behind vinyl’s comeback. [Pitchfork]

The Distortion of Sound

– A documentary about the decline in sound quality and how the development of technology has changed the way we listen to music.

– As hinted on Vice’s The Jim Norton Show by Mike Tyson himself, here is a sneak peek trailer of the Mike Tyson Mysteries Adult Swim action adventure cartoon were iron Mike’s sidekick is a pigeon.

U.S. social media asks: Who is that woman in black? [Reuters]