It’s the biggest art show in Japan. The ninth annual Art Fair Tokyo is returning to The Tokyo International Forum on March seventh through the ninth. 145 galleries from Japan and overseas are scheduled to participate in what will hopefully be a lot more interesting than its past shows.  AFT has a reputation for having either a “multiple personality” for the kind of art presented at the three day event or, a lack of focus for what their platform is actually pushing. They promote classical and contemporary art and appear to mumble jewelry and pottery like fine print. According to Blouin Art Info,  “The fair’s most consistent backers and regular exhibitors include Eiji Nishikawa Chinese Ceramics and Works of Art and Uragami Sokyudo, specialist dealers who handle ceramics, bronzes, porcelain, ukiyo-e prints, and other artifacts.”

Forward thinking Japanese galleries like Mizuma, Wako Works, Koyanagi or Misa Shin haven’t been involved in AFT in a minute. They may contribute work when some of the said galleries make a collective effort to have a sort of minimal presence at the exhibition, but not really. The general consensus is that AFT is all about classical art and traditional practices that reinforce a flatline tone instead of a mountainous tempo. But this year Mizuma and ShugoArts will both have booths. It could be proof that this time around they have more of an incentive to participate.

To make the event easier to navigate, their breaking everything up into zones: big name galleries, jewelry and crafts, up and comers, experimental Asian art, fashion and an instillation involving cardboard furniture by Pap Design.

I went in 2011 which was literally  just weeks after The Great East Japan Earthquake and Tsunami. Note, not an accurate context to judge the show through. Wrote a review here. I’m going this year. 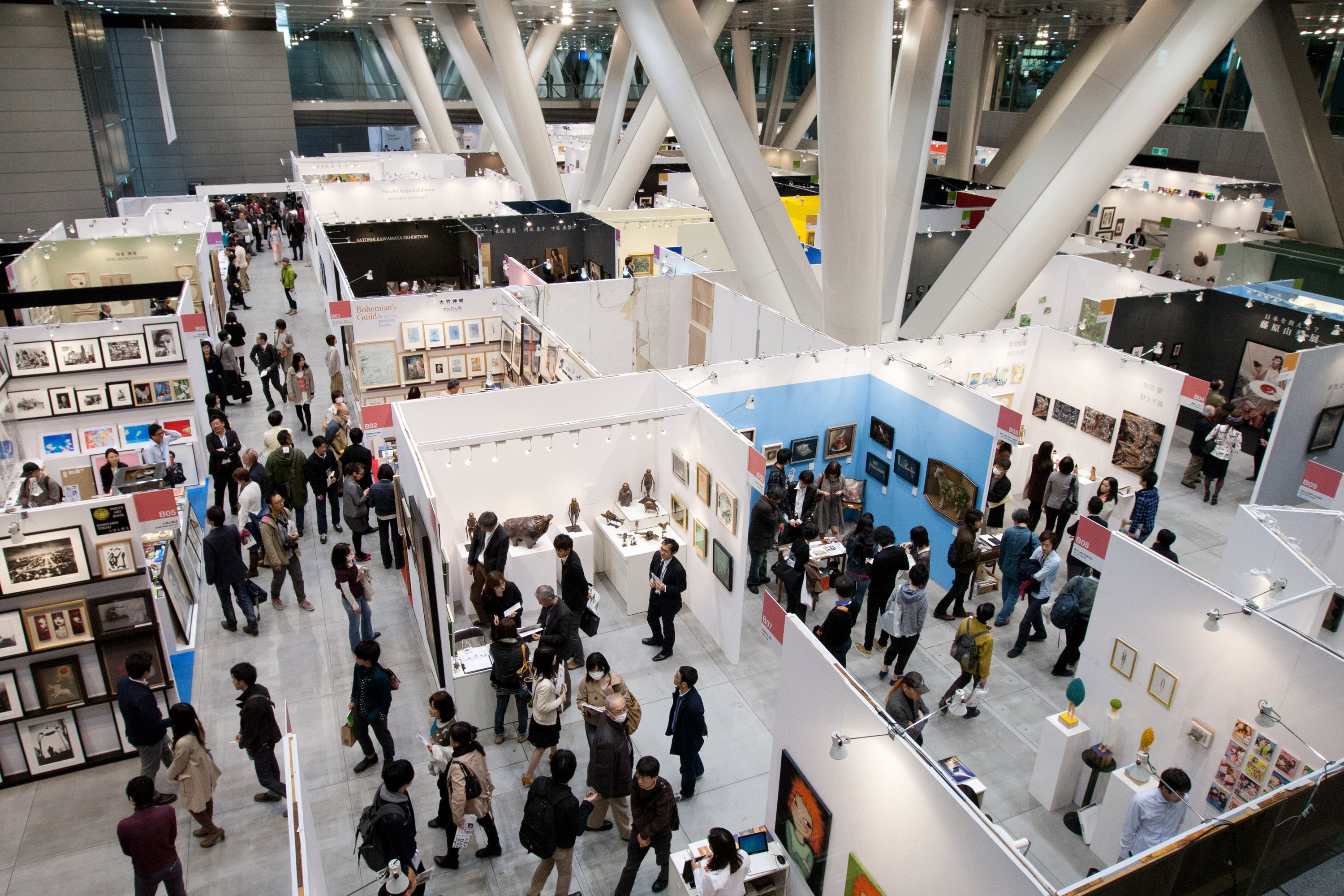