The East New York brothers on their block sipping brew charging visitors $20 to take a picture of a Banksy stenciled rat were just charging a tax. Can’t knock the hustle. When Banksy announced on his website that he was selling his stencil painted canvases in Central Park, it seemed like everyone knew except New Yorkers. He was selling original signed canvases. He himself (or they) calls his stencil paintings cheating. Graf writers aren’t exactly loving this dude, but he has to have a guide that’s helping him (them) navigate right?

The only kink in his armor is probably his application i. e. stencils. It’s become expected of him, although not formulaic, it’s counter to his unpredictability. His recent work, Vandalog commented that it really requires a fan to activate the piece. The video of the old man selling his (they’re) work could be contrived right? Is this possible? Really? May be the heads in the hood made more loot than him. 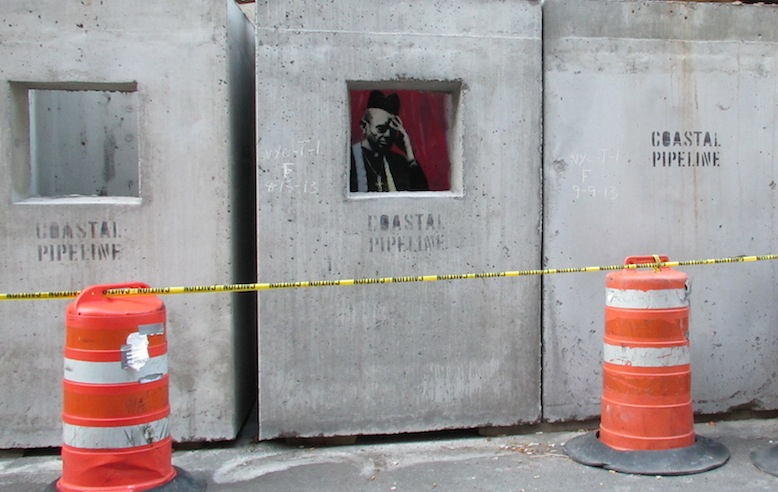 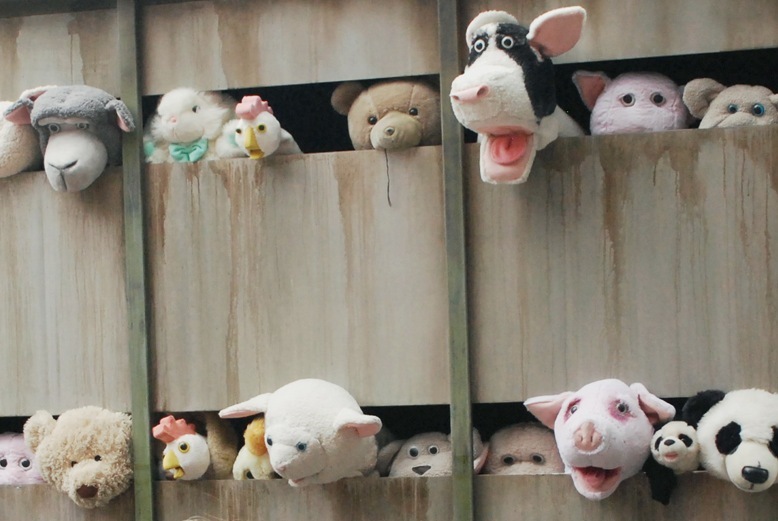 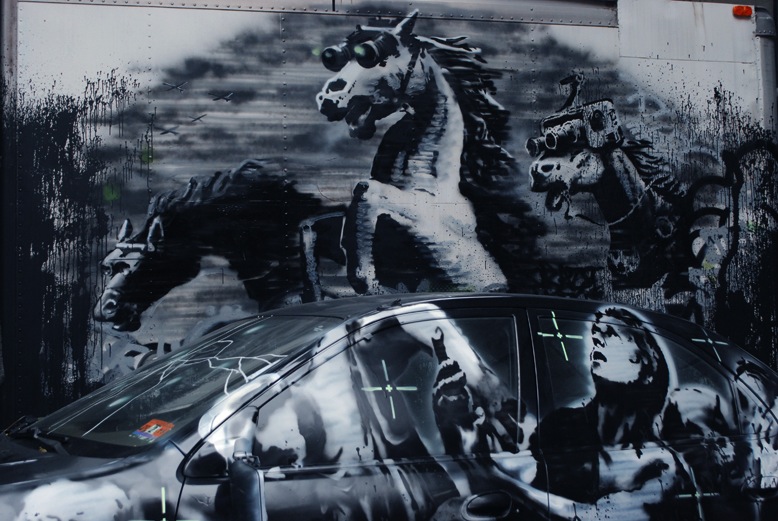 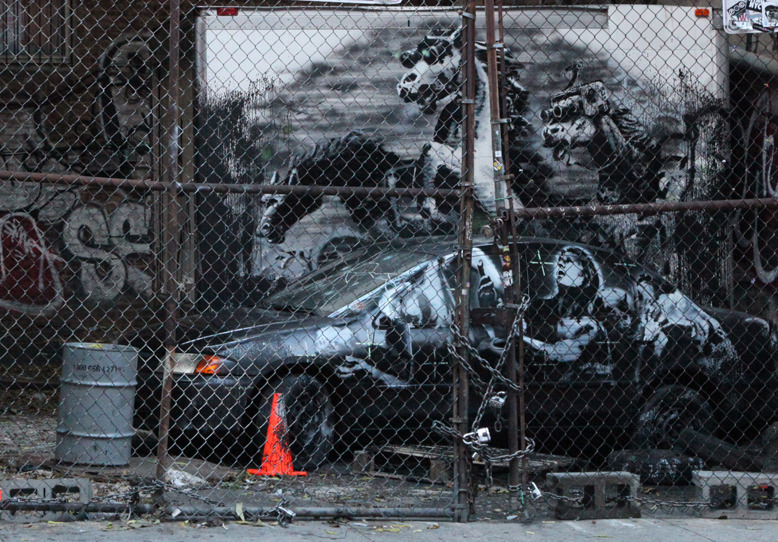