Weeks ago I got an email from Sarah Vinnett. After reading my article, she wrote to me about her family and some of the trials that they overcame. It definitely gave me a heads-up. Thank you Sarah for being so open. Appreciate you allowing me to publicly share your story. 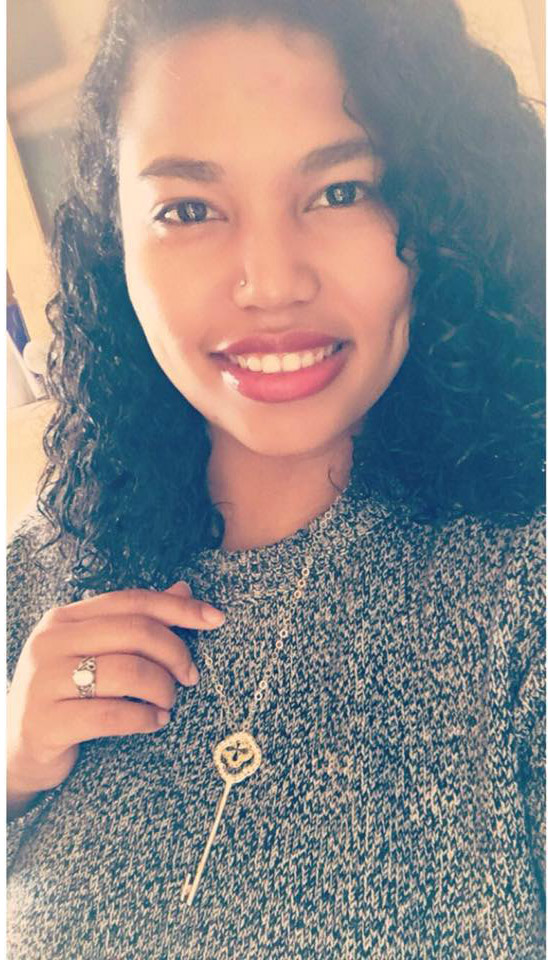 My name is Sarah, or in Japanese 聖良. I’m half Creole (my Father is from New Orleans) and half Japanese (my Mother is from Japan, specifically the Kansai area). I grew up here in California. My identity as a child was that I was the daughter of an Asian woman, since my Mother raised us alone. But I quickly understood the world didn’t see me that way. We were Brown, had curly, kinky hair that my mother didn’t know what to do with and we would always hear as much. We went to a Japanese bilingual Emersion school in the heart of San Francisco, California, which now as an adult, I’m very thankful for. Our school was a blend of students with new age thinking parents and it became our little haven. But we eventually had to venture out. Our middle and high schools were predominantly Asian (mostly Chinese). And the process of understanding our identity changed all over again. We became other, because “Black and Brown could not be Asian.” Our mother would often console us, wiped our confused tears and say, “You are both (black and Asian), don’t let anyone tell you any different.” We tried to continue to study our Mother’s culture by taking Japanese in middle and high school. Now my twin sister actually lives there. She’s at a well-known private school in Kyoto.

We used to visit Japan a lot as children and my Mother had similar stories to tell like you and your family. People would come up to us in super markets wanting to touch us, because we were so “かわいい”, Saying things like, “Oh, they look like dolls” or “What are you going to do about their hair…poor you!” My Mother, knowing where she was and how she was being perceived, always responded respectfully and kindly. But we eventually stopped visiting. With four people (in our family) it’s easily $8,000+ and for a single mother that’s not ideal. As a young adult my sister and I eventually went back (ages 16, 18, 20 etc.) and it didn’t feel like the fun Japan that I remembered. Playing with my cousins was a distant dream, maybe memories I made up. It was kind of a small wave of culture shock for sure. My sister and I stayed with our grandparents in a small town, about 30 minutes away from Osaka. Everyone stared everywhere we went. In the same way you described, curious but cautious, and it helped that we were usually surrounded by our cousins and grandparents.

But when Momo (my twin sister) and I started taking trips to just visit friends, the experience was different all over again. Since it was just us two, people figured that we were unknowing “外人.” They’d speak about us, and think we couldn’t understand them (we’re not fluent, but speak and read enough to get around Japan for 2-3 weeks with little trouble). When Momo began living there, she’d call me almost in tears. No matter where she was in Kyoto people would look at her hair (which she’s decided to keep straight while living there), her skin (that by most definitions is quite fair), and her tattoos (she has a very visible one on her arm). She’s been there for school now for almost two years, and has learned to say “F@$& it! Stare if you want, don’t stand next to me if you don’t want to, I won’t hurt you…I’m a citizen here too, and I’m just different. If you can’t deal with it, that’s your issue, not mine”. This has very much become her mantra.

And back home here, I am still apart of the Japanese bilingual church we grew up in. Where all are welcome, but as kids it was certainly another haven for us especially. I hope it’s ok for me to share our experiences. Your beautiful daughter will be growing up in a crazy world (for many reasons) but hopefully in a changing and more understanding one than we did. We were certainly afforded many blessings, in having so many Asian communities…specifically Japanese bilingual ones, but it was tough. We came out more empathetic, understanding of differences, and with pride in both our cultures (even without one parent to teach it to us). So I guess my hope is that our story may help yours. Being biracial is a constant place of limbo it seems, never black enough for some, too black for others, and the same vice versa. But I hope you, your family and your daughter will find communities in which you feel valid, heard, and welcome. Many blessings to you and yours. お大事に！

1 comments On Black, Brown, and Asian: A Letter From The Future