At a time when the Cold War bred paranoia, the Vietnam War was ending, Nixon was resigning, and America’s imagination was walking on zero gravity after landing on the moon, artists Larry Sultan and Mike Mandel were subverting conventional ideas and pulling futuristic stunts that would echo well into the new millennium. From 1973 to 1990, under the moniker Clatworthy Colorvues, the duo plastered their designs on billboards in San Francisco, using the entire space to function as a window into what would later inspire publications like Adbusters or the tactics of Banksy. Colorvues’ designs are kaleidoscopic ideas activated by their context. “We Make You Us” shows three individuals smoking and drinking, but the black and white contrast in the photo makes their eyes sink in, reminiscent of zombies, or the 1956 classic film, The Invasion of the Body Snatchers. The sign stands tall in a children’s playground, but the photo was taken at night.

Sultan and Mandel are both well established artists, but their collaborative work has totally been slept on. Stephen Wirtz Gallery is trying to right that wrong. Through April 12, they’ll be showcasing the collaborators’ work spanning over two decades. It’ll include the incredible photographs of their billboards along with other projects that they worked on together. 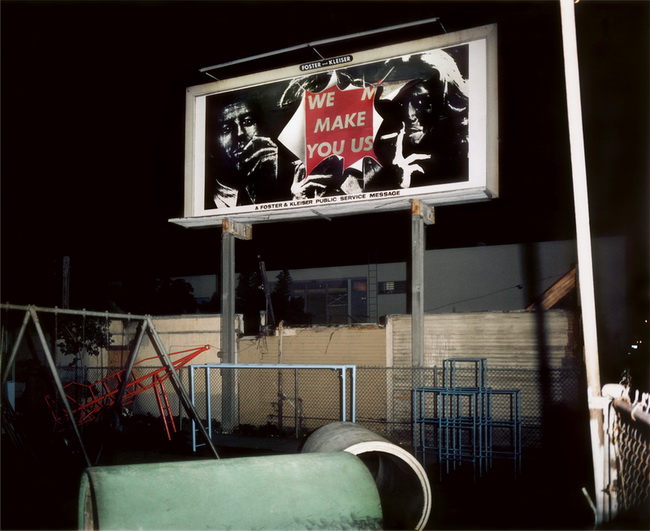 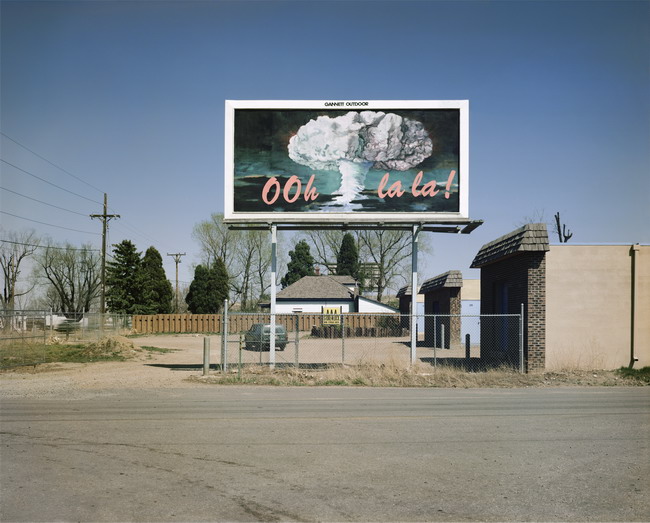 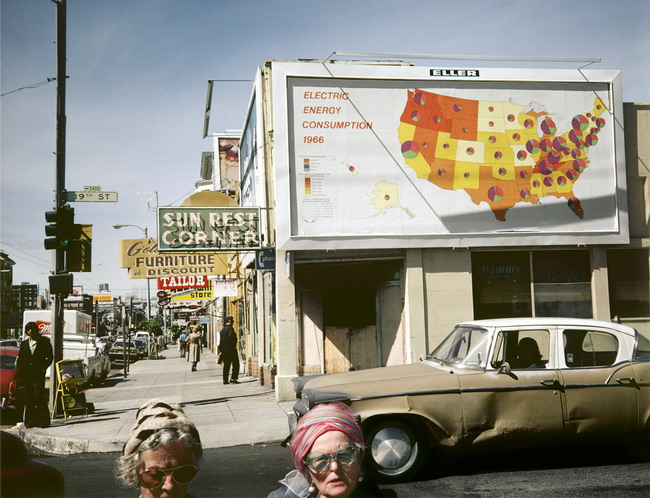 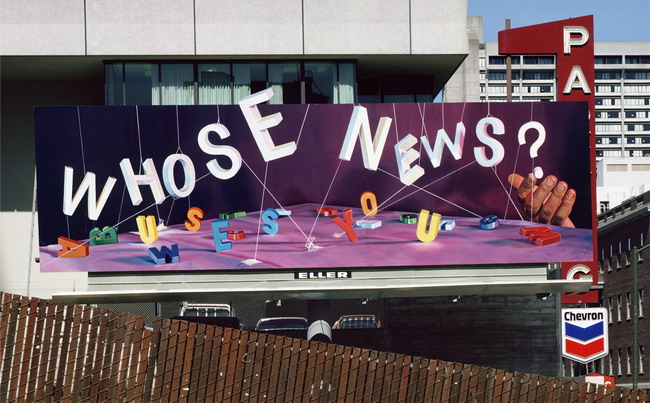 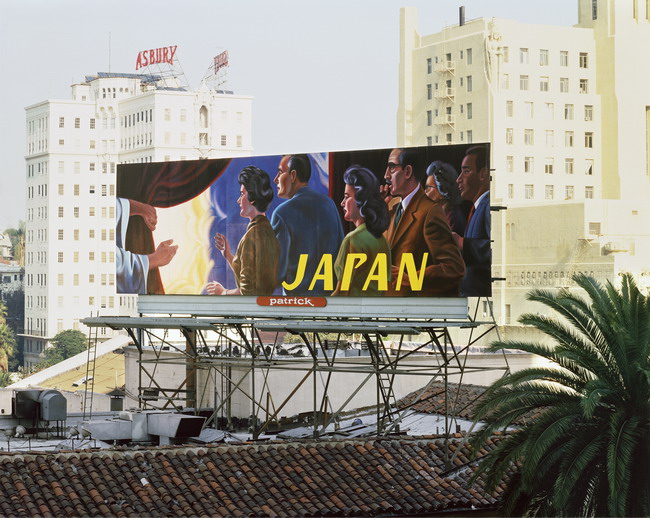