For TMG readers that don’t know, this artist is my boy. I’ve written about him here.

After years of fits and false starts, DJ, producer and emcee DJ Zesto has at last released his debut album The New Laughing Gas.
In January of last year he dropped the single, “The Pleasure Principle” and then he dipped back into obscurity. With the occasional tweet or Instagram post, homie is an elusive figure. He’s an 80’s baby who’s old enough to have experienced the before and after the eclipsing of the digital era. A lot has changed in the game. Regions don’t define what the music sounds like. An artist can be from New Jersey and a common listener may think he or she is from the south. When Zest Rock first started spitting and producing beats, he was this kid that I’d see walking around SUNY Purchase College with a huge afro, a green striped Polo shirt, brown polyester slacks and some Pumas. He thought he was cool cause he was doing floor work on concrete to teach some kid how to break. 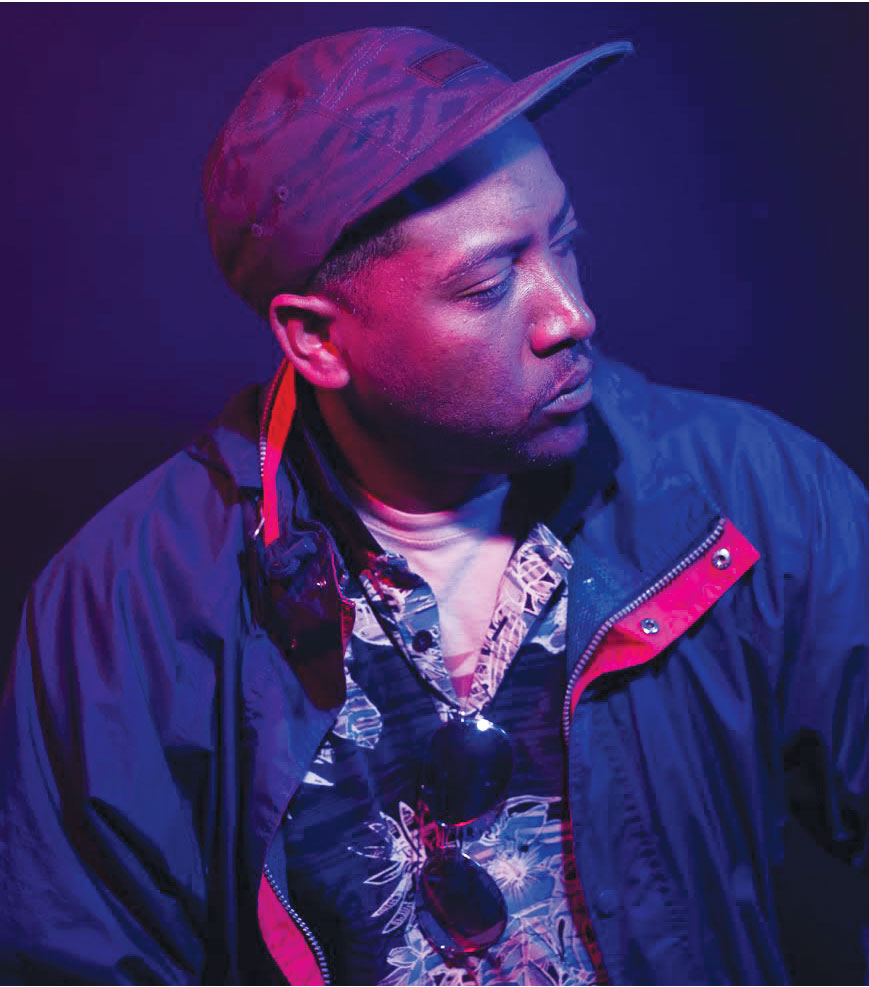 At that time Zesto formed the rap duo Syntaxis with his roommate and friend Bedtime9. When I became friends with them, it was obvious that they were doing something different. Their “nothings sacred” approach to music was not without foresight. 9-11 was a collective shock to New York City. Locals had pinwheel eyes. Napster hit the music industry like the late 80’s AIDS epidemic. Myspace and Facebook were trying to emerge several years after the dot com bust. People weren’t acclimated to sharing their private information, thoughts, pictures, videos etc. Corporations didn’t know everything about everyone, and a version of one’s self wasn’t translated into algorithms.

One of Syntaxis’ first recorded cuts, “Machines” was a conceptual song that personified cyborgs. It was a take on the singularity and the power of something similar to Stuxnet, a cyber weapon that is believed to have been created by The United States and Israel. At the end of “Machines,” Zesto and Bedtime say in unison, “We of like minds will unite as one/testify with lyrics and destroy by force/specialize in rhythm and rely on thought/identify the willing and control their minds.” It’s a jam that I keep in rotation to this day.

Another dope track that hasn’t lost it’s luster is “Contradiction.” It’s an artist statement if Zesto ever meant to record one. Especially since it was one of the first solo tracks that he ever recorded. Not surprisingly the track relates to his album.

Well over a decade later, Zesto has lived a lot more life. His juxtaposition themes have evolved and expanded. Though Laughing Gas’ lyrics come off nonspecific (pun intended) at first listen, they layer their meanings with each playback. There’s a lot going on behind the curtain, which has yet to be revealed. Think of this debut as a spar before fight night. Zesto is just getting busy. It’s dope to see my brother making music again.

4 comments On DJ Zesto’s “The New Laughing Gas” OUT NOW!