The photographer and filmmaker Angela Boatwright has made a documentary series on East Los Angles’ predominately (but not limited to) Latino and Chicano youth’s backyard Punk scene. The documentary East Los was done in partnership between shoe company Vans and Boatwright, for Vans’ documentary series Living On The Wall. The documentary series captures a glimpse of the lives of the youth at these backyard punk shows. East Los shows the different sides of youth who attend these backyard gatherings. It strikes a balance between the youths’ teen angsts (looking for spaces to vent), their family life, and the music they love. The documentary is shot in five segments, with three main subjects; Anthony, Lauren, and Nekro. The segments offer but a glimpse of the lives of these youth and their scene in East Los Angeles. 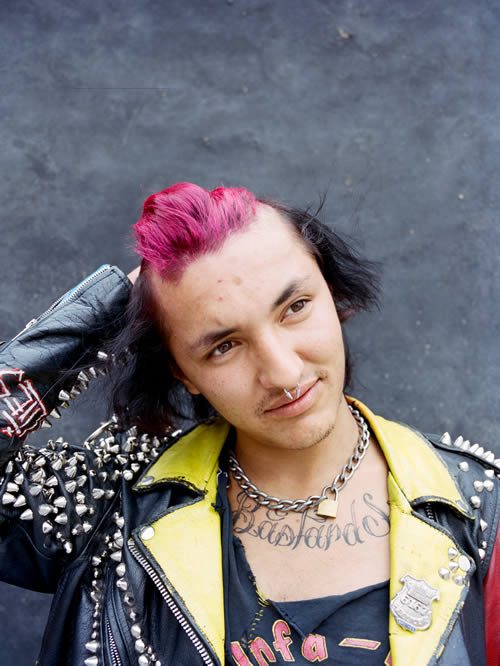 Describing the history of East LA Punk scene, according to American Sabor:

“California emerged as a hub of American punk music with L.A. considered as the most hardcore. In the mid-to-late 1970s, two distinct yet concurrent scenes arose in Los Angeles County: the Hollywood scene—not the fantasy film version but a city dominated by post-industrial poverty—and the East L.A. scene—12 miles to the east and fermenting its punk scene about a year later. Though two distinct punk scenes existed, they were not hermetically sealed. Crossing between the two scenes did occur and Chicanas influenced them both. However, those crossing were not without tension. Who could cross and under what conditions were questions that remained unresolved.”

“While nearly all attention and fame focused on bands out of Hollywood, the vibrant punk scene in East L.A. grew. It gave us Los Illegals, East. L.A.‘s politically-charged diplomats and founders of the infamous Club Vex; The Brat, an all-female group led by Teresa Covarrubias who wrote socially-conscious lyrics against Mexican American oppression; The Plugz, D-I-Y punks who founded Plugz Records and later Fatima Records and went on to play with Bob Dylan on The David Letterman Show; and The Cruzados, a later incarnation of The Plugz who garnered praise from musicians and critics alike. While East L.A. nurtured Chicano and Chicana punks, the city’s racial stratification with undercurrents of prejudice continued against even U.S.-born Mexicans. The bands could not get signed performing in East L.A., which had no big venues and mostly consisted of backyard shows that would get shut down early by police. In order to be noticed a band typically had to come out of the West L.A. touring circuit, a paradox because almost all of the famous venues would not allow Chicano East L.A. punks to play.” 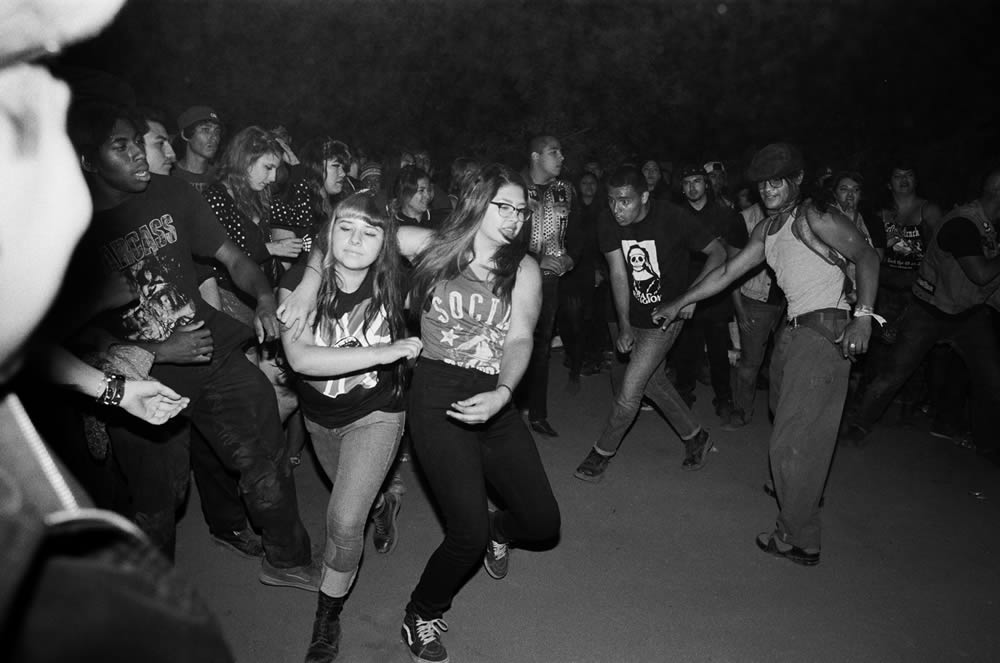 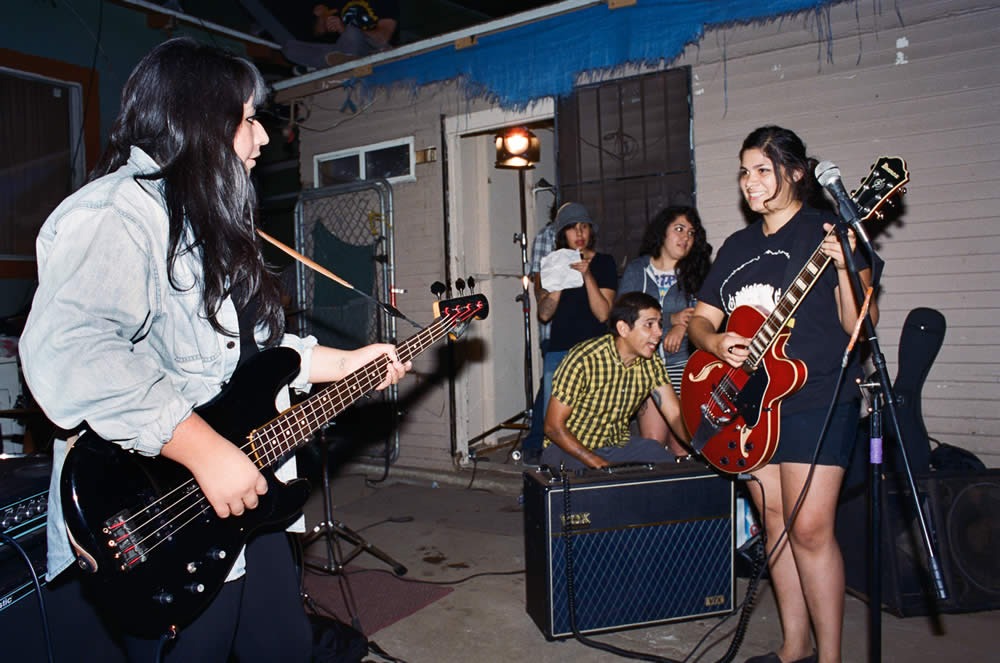 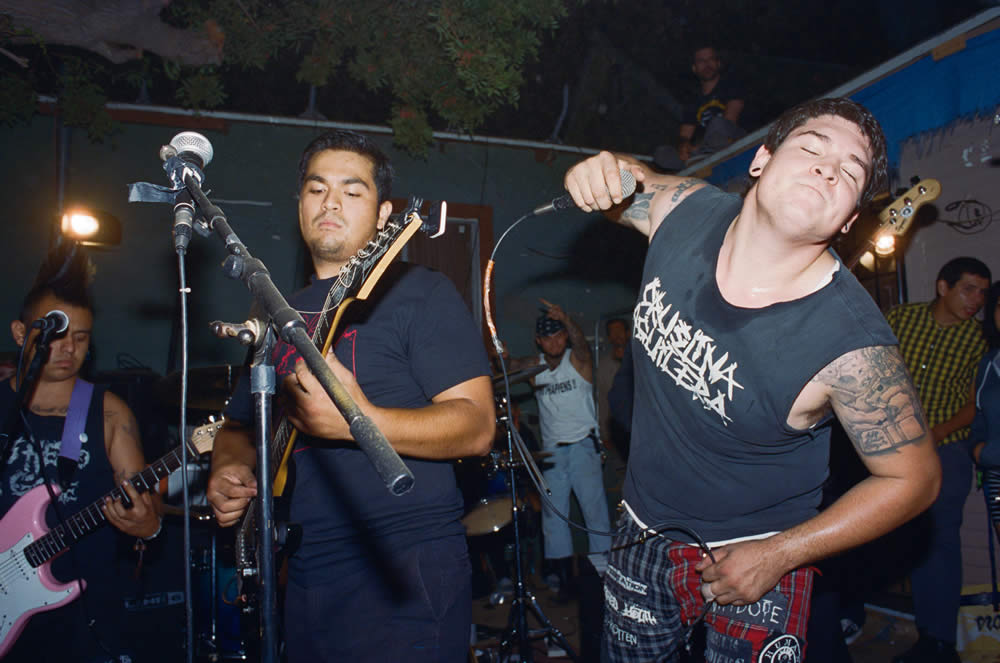 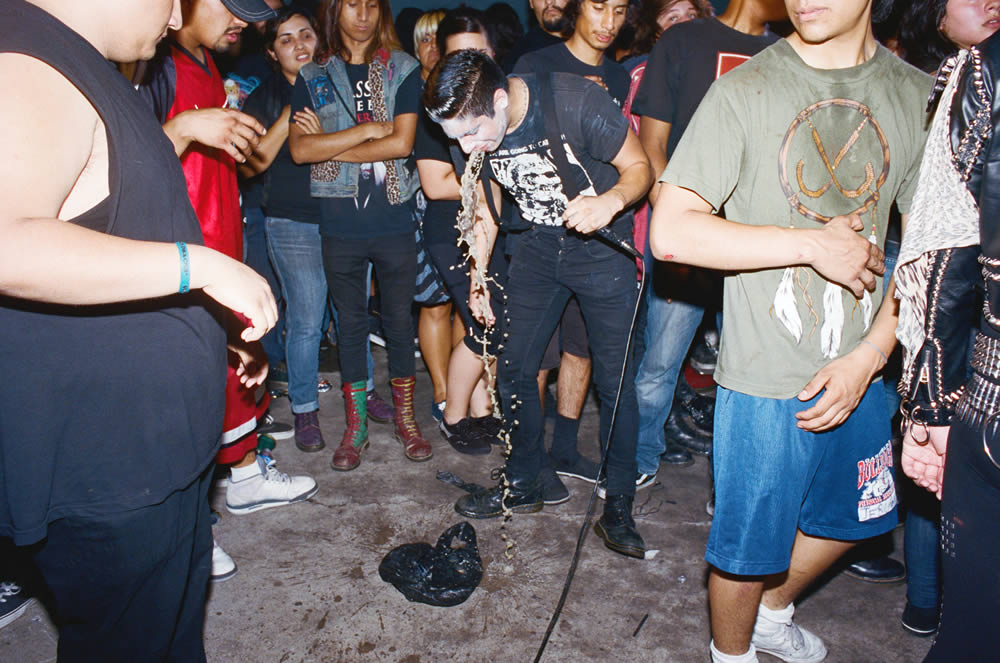 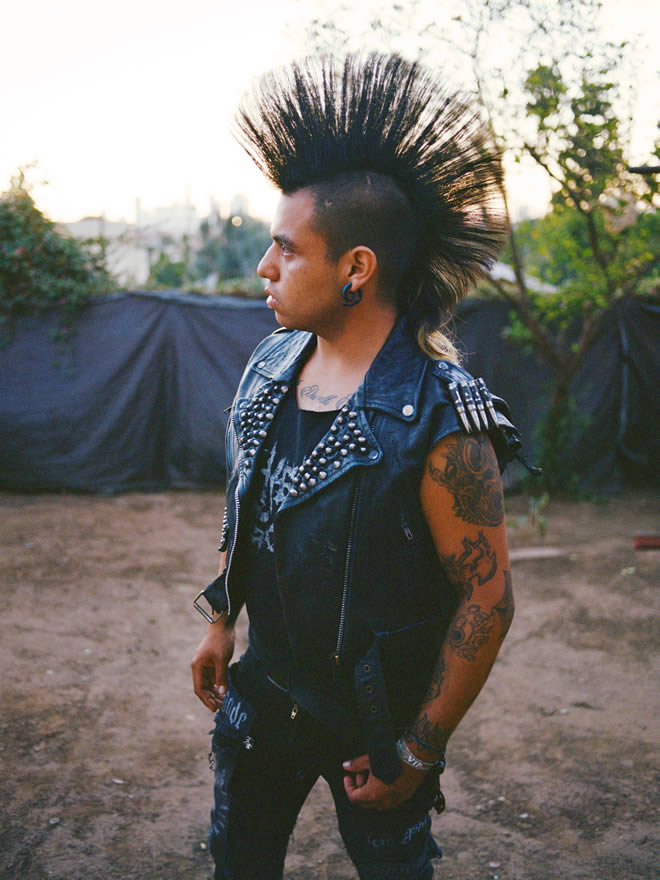 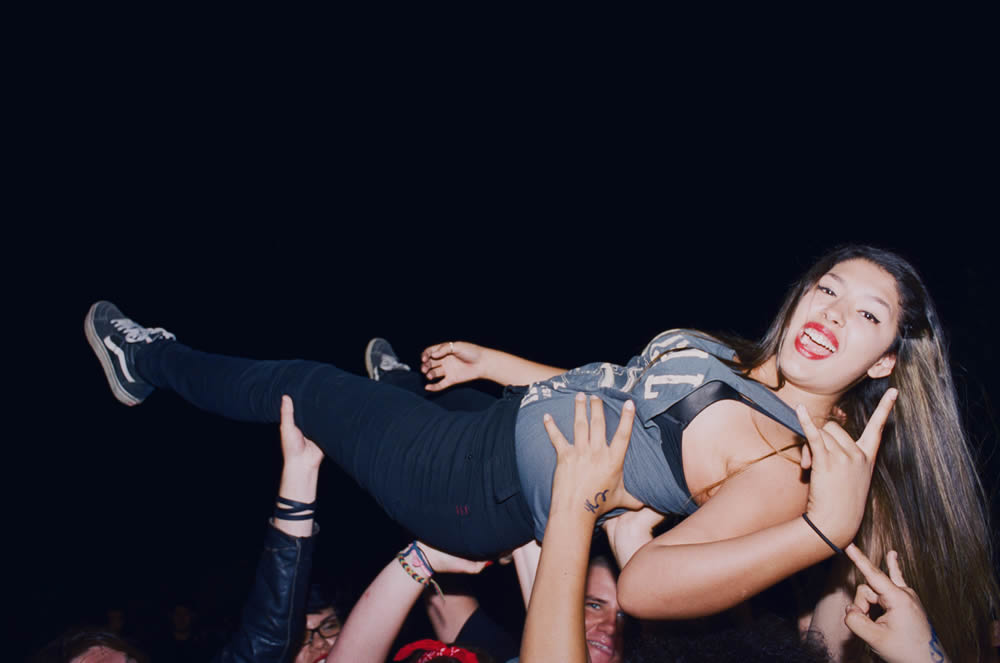 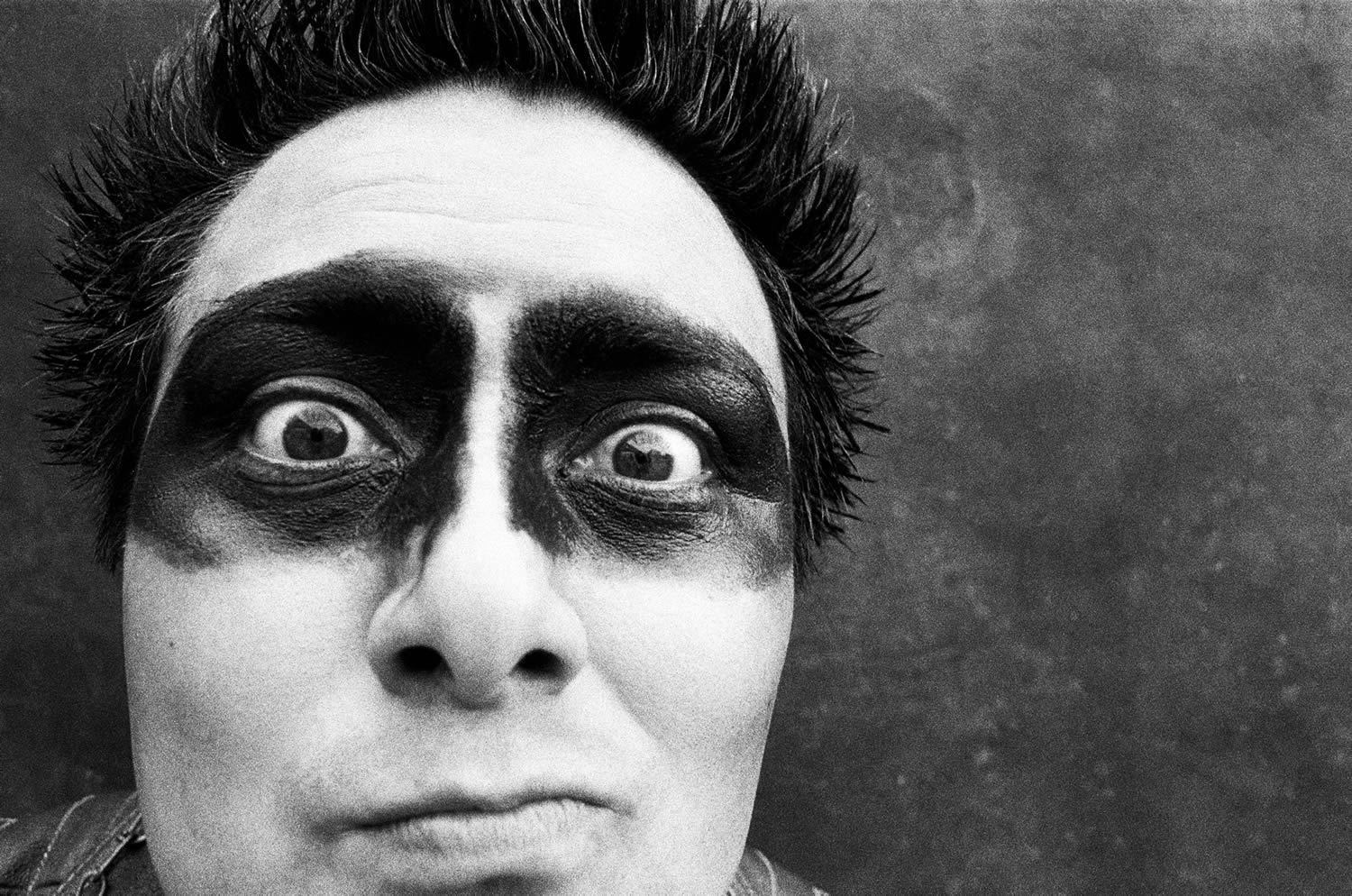 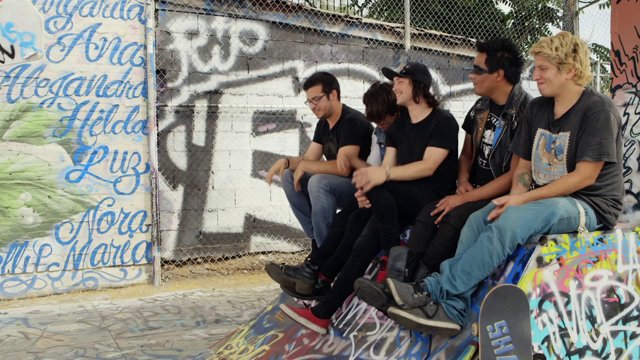 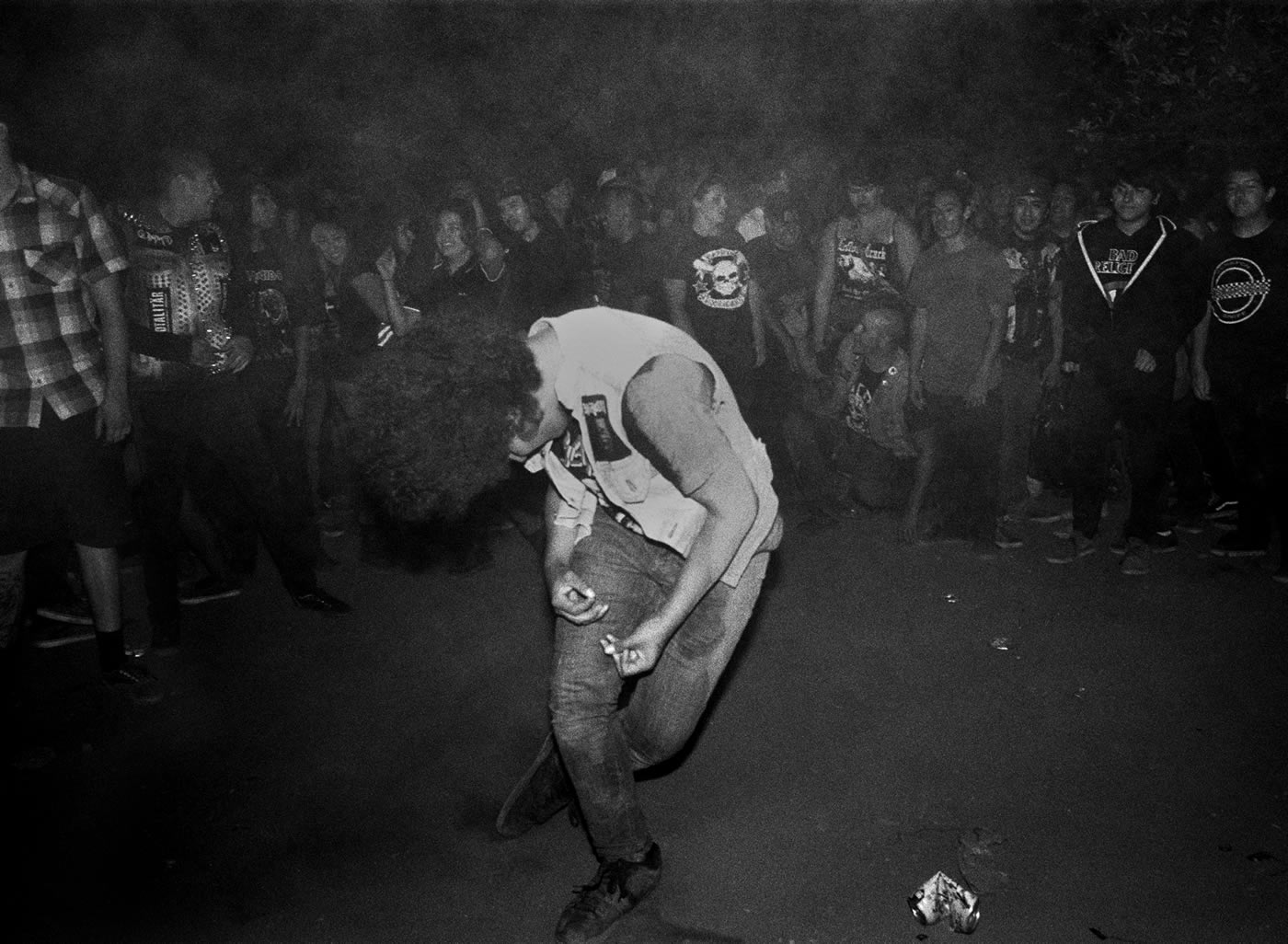 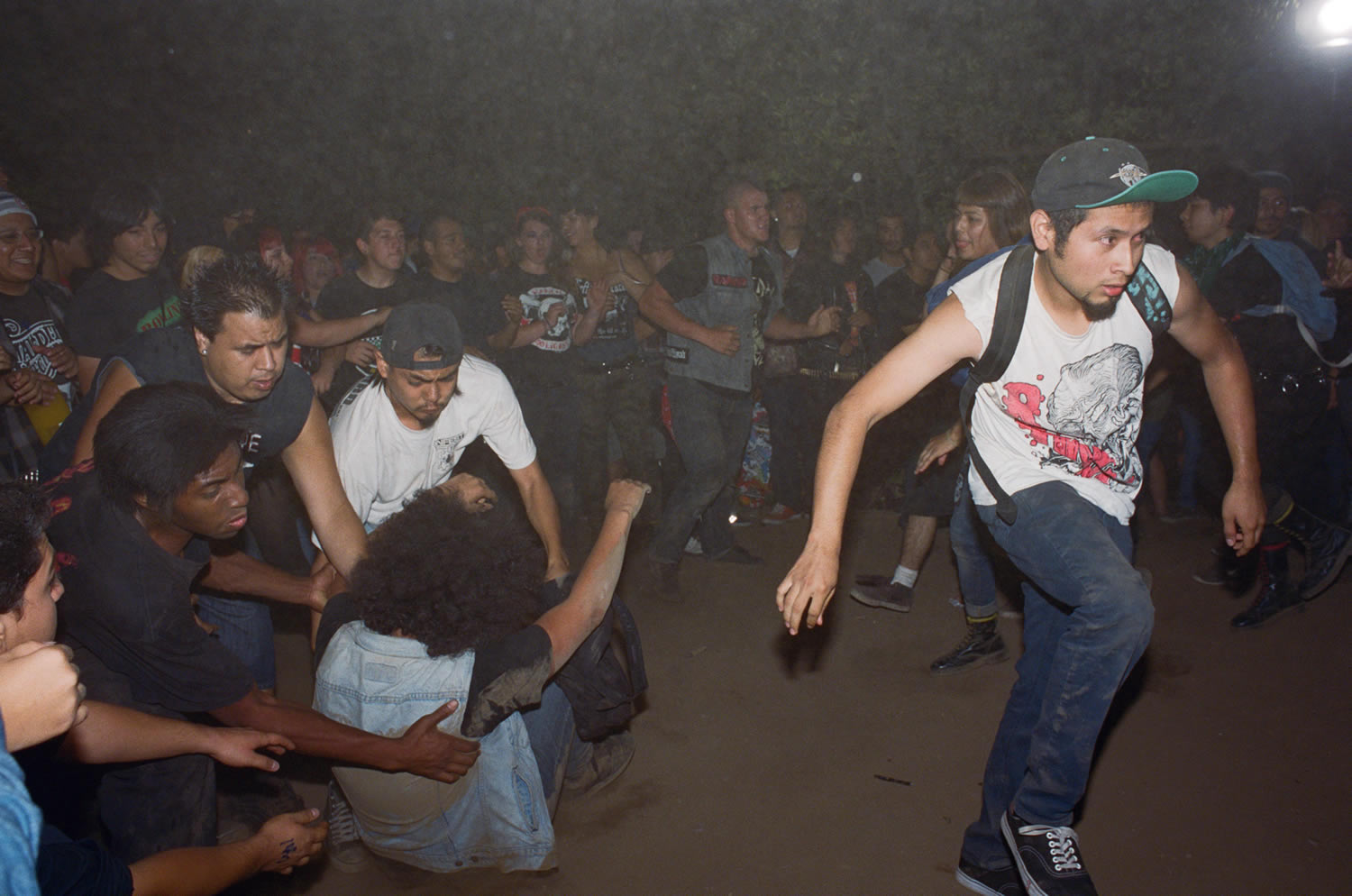 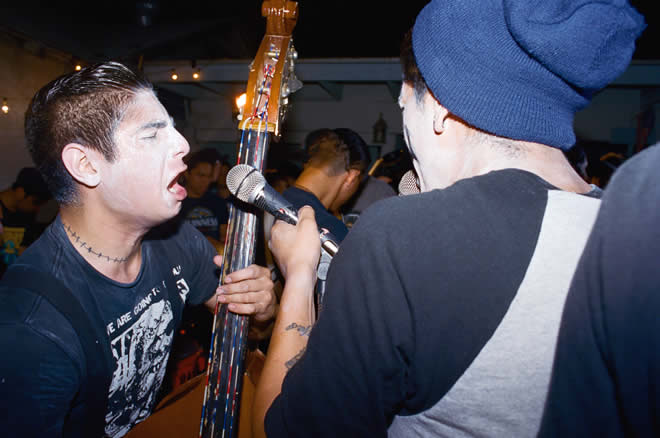 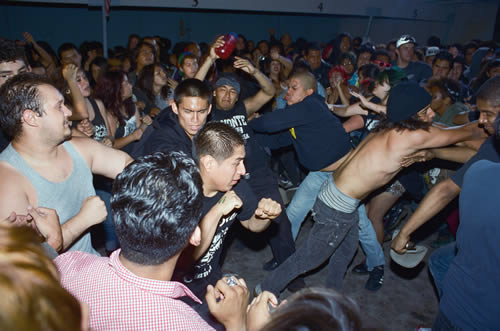 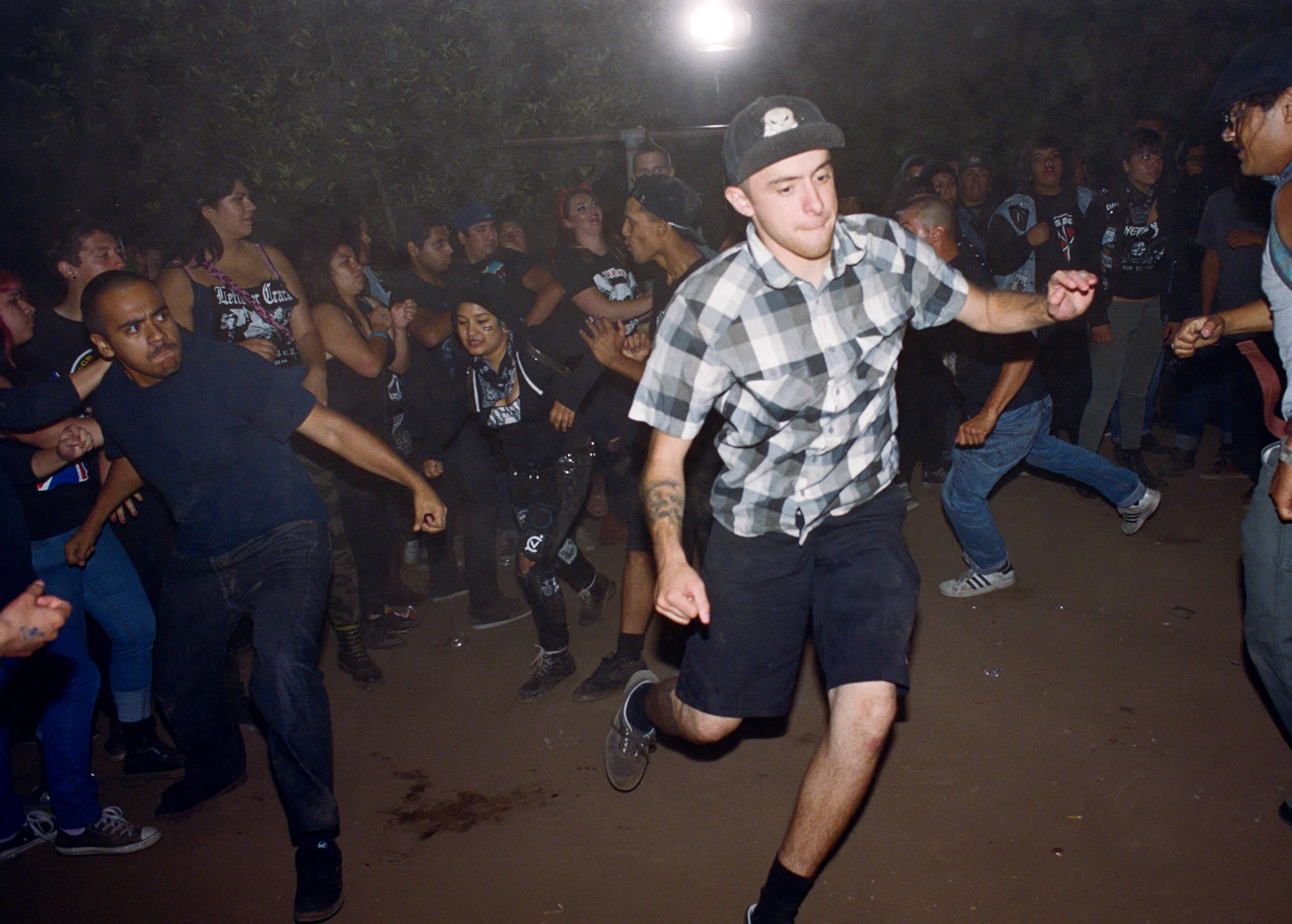 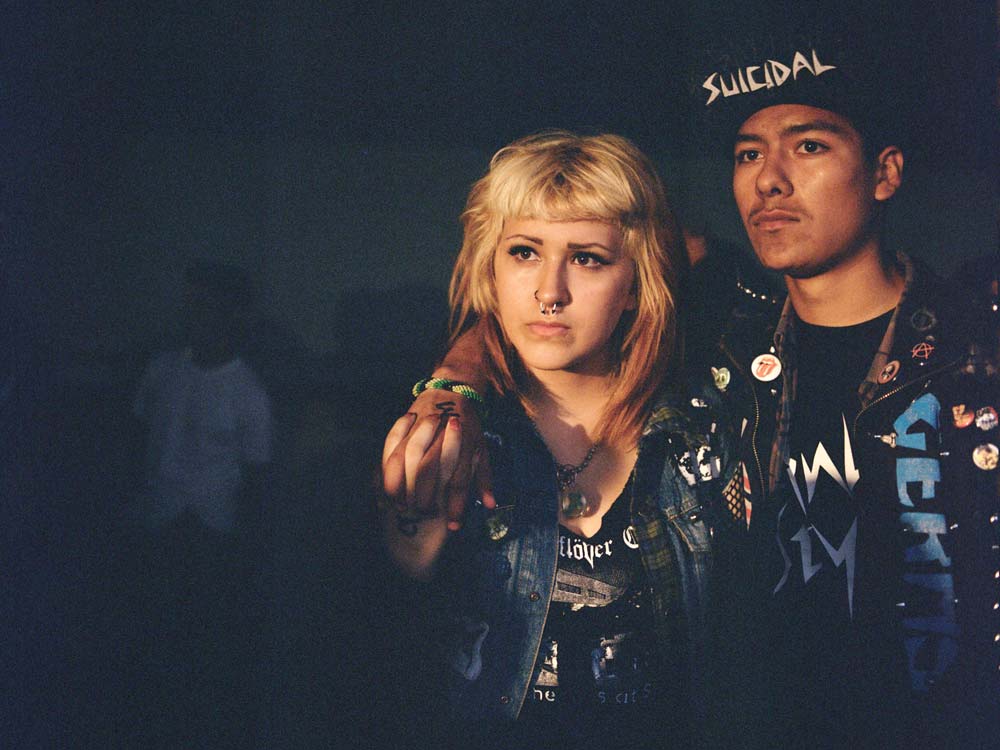 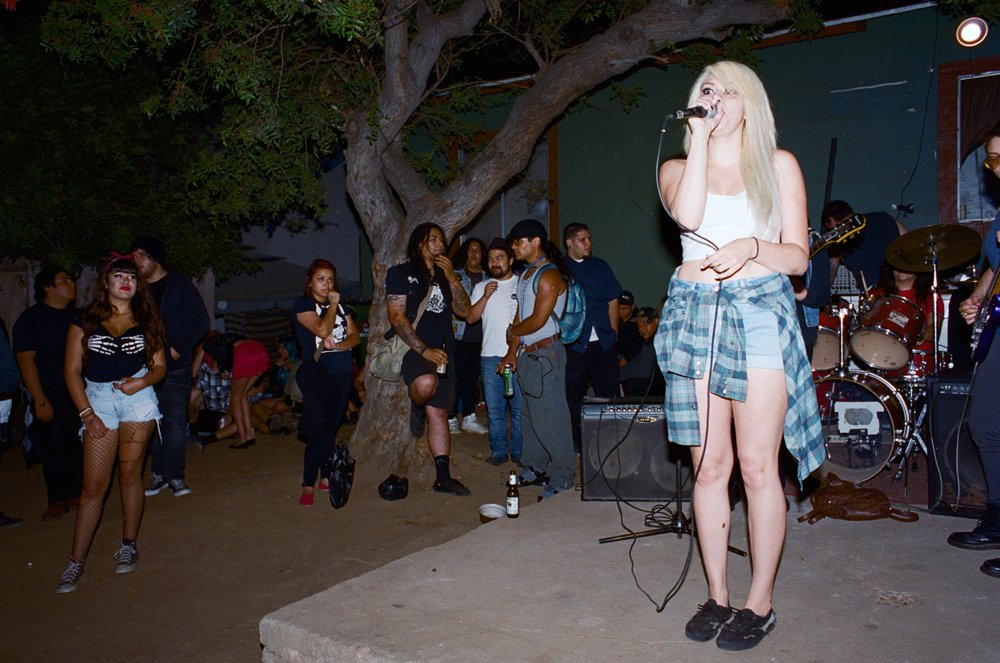 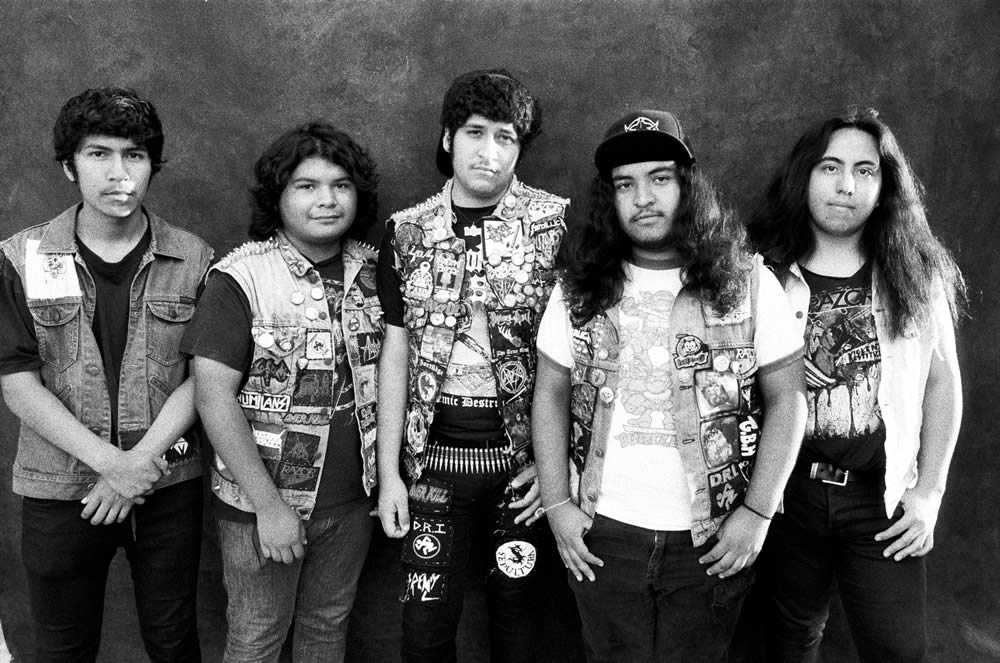 There’s a bonus documentary on filmmaker and Punk musician Martin Sorrondeguy called Beyond the Screams (Mas Alla de Los Gritos). It’s an older documentary from 1999, that goes more in depth on the history, the social-political aspects of the scene than East Los (which only captures a glimpse of the scene today).

This film narrates the Chicano/Latino punk scene which is said to have exploded in Los Angeles during the late 70’s. Bands began organizing gigs in their own community at a place called The Vex which was located in East Los Angeles. Popularly coined as the East L.A. renaissance of 1976,many Latino/Chicano punk bands were formed around this community. Some of the most popular bands of the times were: The Plugz, The Bags, The Brat, The Zeros, Felix and the Catz, Stains, Los Angelinos.These bands were some of the first bands to create local punk in East L.A. which followed a new style of punk more like the political punk that was coming out of Latin American countries. This new customization of punk includes transnational struggles as well as local which reforms the notion of conventional punk rock music.