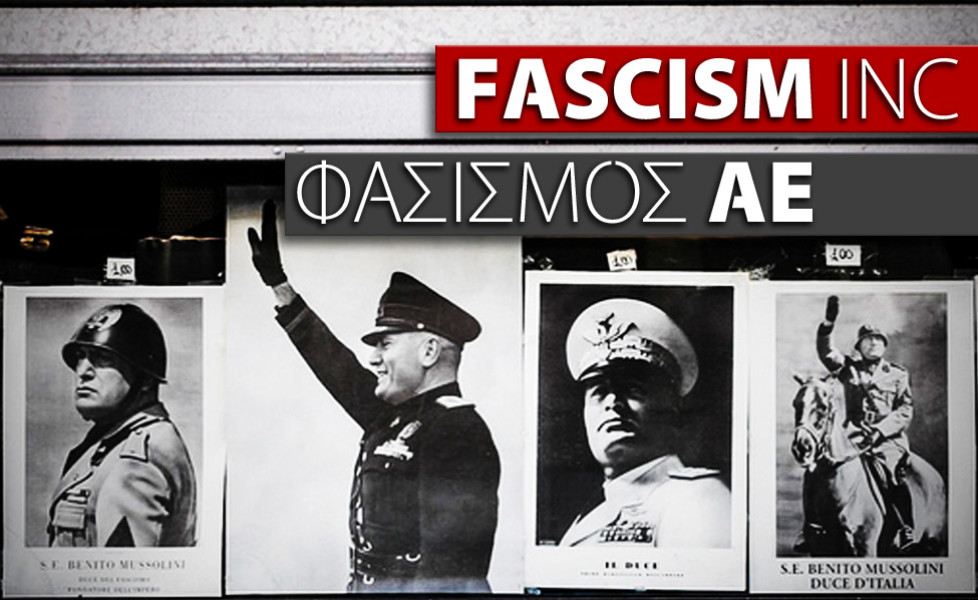 Fascism Inc (2014) is a crowd funded documentary that looks at the relationship between economic/business elites and the rise of the Fascists/Nazi movement in Europe from pre WWII, making a link that the same trend is happening again between economic/business elites’ current relationship with Neo-Fascists/Neo-Nazi movements in Greece and the rest of Europe today. This documentary is put together by a group of leftist based in Greece and Cyprus, Infowar Productions. Here are some quotes and descriptions from the producers of Fascism Inc (2014):

“Given that fascism is not limited to Golden Dawn but is also promulgated by politicians, entrepreneurs and publishers…”

“Given that the crisis conditions that foster fascism are upon us, not past us…”

“This time we will present to you unknown short stories from the past, the present and the future of fascism and its relation to the economic interests of each era. We will travel from Mussolini’s Italy to Greece under the Nazi occupation, the civil war and the dictatorship; and from Hitler’s Germany to the modern European and Greek fascism.”

“The new documentary follows in the footsteps of Debtocracy and Catastroika, which described the causes of the debt crisis, the impact of the austerity measures, the erosion of democracy and the sell-out of the country’s assets.”

“Our third documentary is inspired by and aspires to motivate anti-fascist movements across Europe, while it continues one of the largest independent production experiments in the documentary field.”