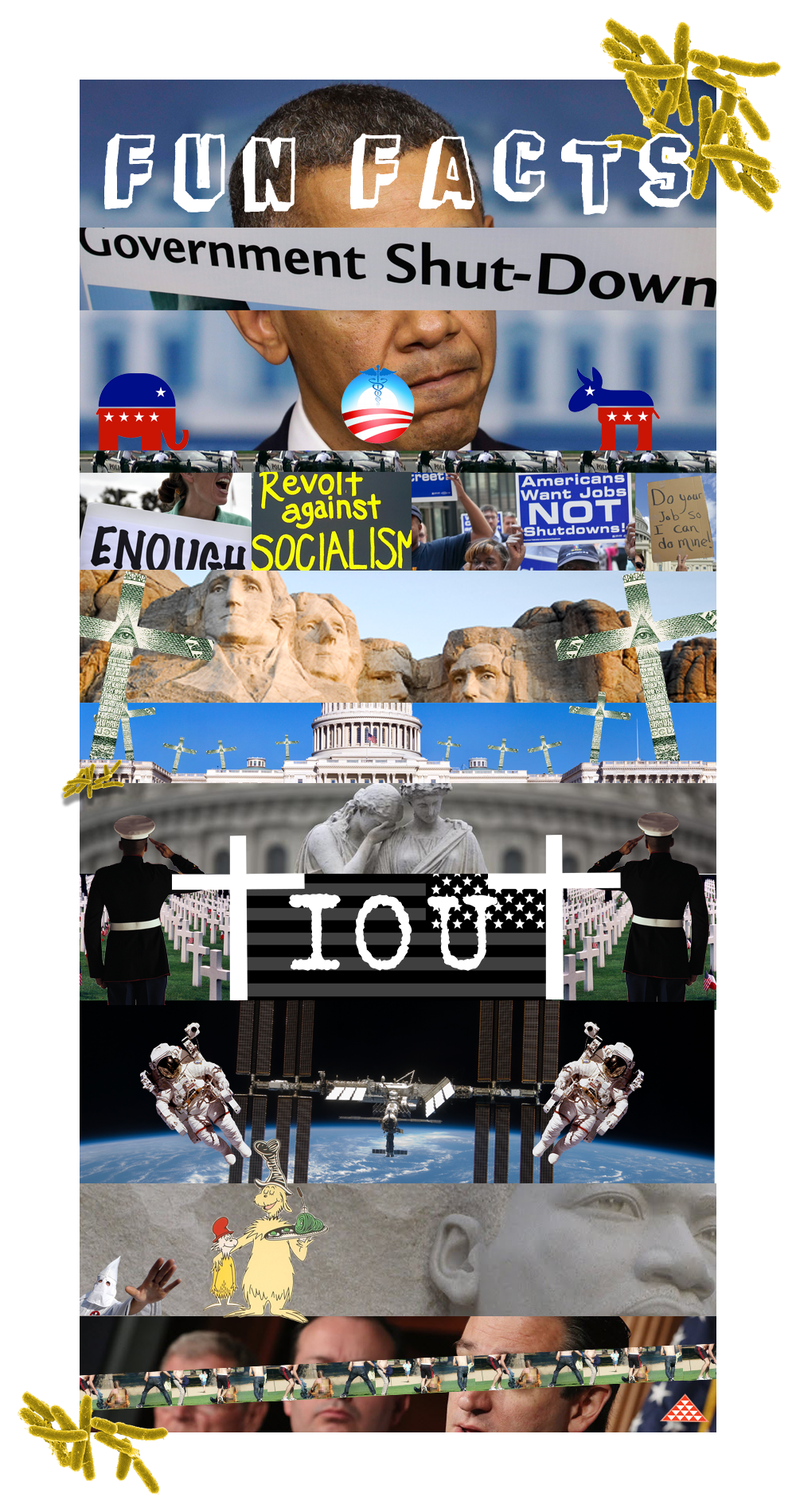 [1] Money for nothing: Government shutdown costs $12.5 million per hour

1 comments On Fun Facts: The Federal Government Shut-Down of October 2013