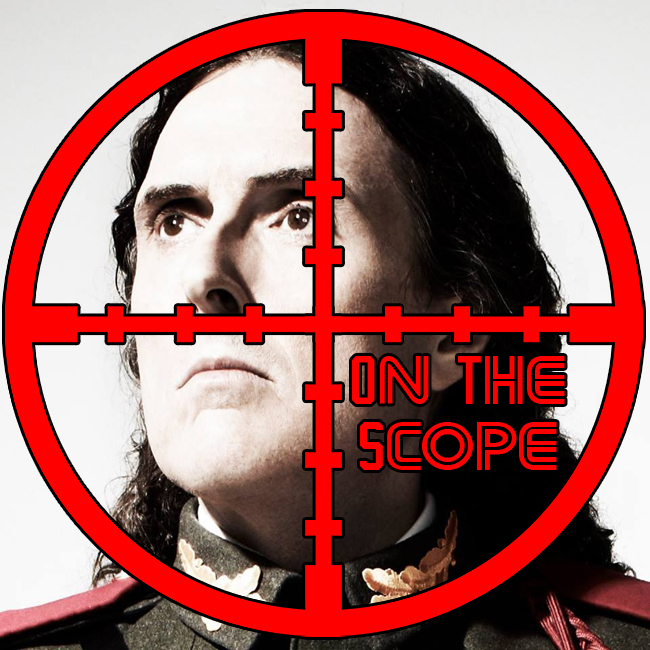 The master parody music maker Weird Al Yankovic is back with his new album Mandatory Fun. The album cover is a parody of old soviet style propaganda posters (reminiscent of Shepard Fairey’s OBEY GIANT designs). On Mandatory Fun Weird Al parodies current hits from 2013-2014 from artists such as Pharrell Williams, Robin Thicke, Iggy Azalea, Lorde and Imagine Dragons, as well as songs imitating the styles of the Pixies, Cat Stevens, Foo Fighters, Crosby, Stills & Nash, and Southern Culture on the Skids. In the 90s, rapper Coolio’s hit “Gangsta’s Paradise” got parodied by Weird Al in his version “Amish Paradise,” Coolio was not happy about the parody but has since reconciled with Weird Al. If you’re an artist who gets parodied by Weird Al, considered it a marker that you’ve made it. Starting with Mandatory Fun‘s Monday July 14 release Weird Al has been releasing music videos (one a day) on his website, the last video will be released on Monday July 21st. To view the music videos and purchase the album Mandatory Fun go to Wired Al’s website.

Jamz Supernova takes a look into the exciting and experimental world of Future R&B.

Inspired by 90’s culture and fuelled by modern technology, meet the innovative generation of future stars who are transforming R&B.

Jamz meets the Future R&B fleet; @kelelam , @Bondax, @justsza, @fullcrate, influential label @Soulection and @Diplo as well as original R&B superstar, Amerie to examine this progressive new sound’s deeply nostalgic root in 90s culture. Plus Jamz captures Amerie’s reactions to some of these cutting edge tracks to find out how it feels to have inspired a new wave.

– Dubbed out mix of Marvin Gaye’s “Lord, Have Mercy, Father, Have Mercy” by artist Vuelo.

– Up and coming New Orleans rapper 3D Na’Tee finally gets her in-studio interview on the Sway in the Morning show.

Disclosure “When a Fire Starts to Burn (C2C Remix)”

– Nice scratch friendly remix of Disclosure’s “When a Fire Starts to Burn” by C2C.

– “Meteorite” is a track off Mariah Carey’s latest album Me. I Am Mariah… The Elusive Chanteuse, co-written and produced by Q-Tip. Here we have a version of “Meteorite” that Q-Tip made that’s different from the album version (different arrangement and mix).

– Cool remix of Janet Jackson’s “If” from DJ/producer Kaytranada.

– Kaytranada’s most recent Boiler Room DJ set back in his home country Canada, in the city of Montreal. 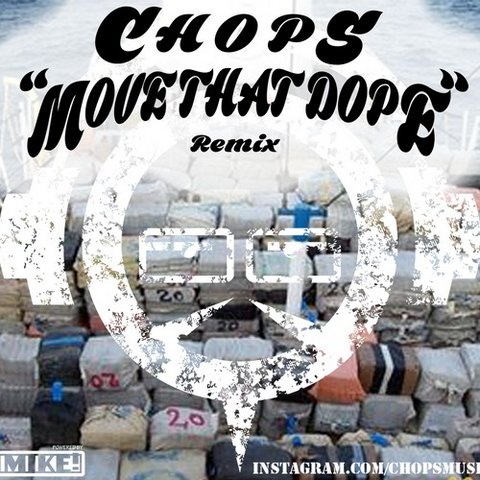 – Another Chops production, this time for Bay Area artists Beeda Weeda and E-40 on a track called “Hustla” from the album Too Short Presents: Beeda Weeda “Bass Rock Babies” that is coming out August 19, 2014.

– An ill dancehall track “Pon The Bassline” by Spice with a remix/re-fix by DJ Vadim.

Major Lazer feat. Chronixx – Where I Come From (Get Free Rhythm)

– “Where I Come From (Get Free Rhythm)” is a reggae/dub/electronic remix from Major Lazer featuring Chronixx from their Lazer Strikes Back Vol. 4 remix album.

– Cool, chill beats from L.A. based producer/songwriter Spazzkid who has the album Desire (願う), and a newly released EP Promise.

Spazzkid on his Promise EP:

Right after releasing ‘Desire’ I became inspired to write a bunch of new music in response to all the affirmation I received from friends and followers and a handful of those songs made it on my forthcoming ‘Promise’ EP. With the material appearing on ‘Promise’ I tried to create and explore uptempo, dancefloor ready arrangements structured into pop songs. Coupled with a newfound confidence in singing, I began bringing the vocals to the forefront of my arrangements. Inspiration for the EP came to me via listening to lots of synth heavy music (Rustie, Hudson Mohawke) as well as new school dance music acts like Cashmere Cat and Disclosure. Collaborations with artists I respect and admire has been something I’ve always pursued throughout my career and for ‘Promise’ EP I’ve had the privilege to work with Sarah Bonito, who wrote lyrics and sings on the track ‘Truly’, and Ryo Baum, who also helped write lyrics for other tracks on ‘Promise’. Moving away from samples and embracing the use of synthetic sounds that I created myself helped me maintain my focus for creating a record that I hope makes people dance and sing along while staying true to my previously established sound.

Cassie -“All My Love (Kingdom Edit)”

– A cool edit of Cassie’s “All My Love” by L.A. based DJ/producer Kingdom.

– “CTOG” (connecting towards obvious gatherings) is a new retro sounding track from a young Queens, NYC rapper named KM. This track reminds me of another track out right now called “Trillmatic” by A$AP Mob featuring Method Man. Both tracks reference older 90s Hip-Hop anthems (visually and lyrically) like Black Moon’s “How Many MC’s” (the hook is from Boogie Down Productions (KRS-One) “My Philosophy”), The Fugees’ “How Many Mics”, and Nice & Smooth’s “Hip Hop Junkies”.

Boogie Down Productions “My Philosophy” (1988)

– As Nas’ classic album Illmatic turned 20 this year, he has decided to release an official music video for a classic track “Represent” from Illmatic. The video is not set on any NYC corners, or some front stoop, or a hallway of the Queensbridge projects, but contains a montage of an old Sinbad 40 Thieves silent film imagery, old Illmatic era footage, snippets of other Nas music videos over his career, Nas chilling reflecting on where he’s been and the Good Life he’s currently living.

In celebration of the 20th Anniversary of his seminal debut album Illmatic, Nas held a contest inviting fans to collaborate and produce the official music video for “Represent,” an influential track off of the classic release. This is the first video ever made for the track and was shot at the YouTube Space Los Angeles.

– Up and coming L.A. rapper Gavlyn‘s “All Too Well” is a dark, emo, dealing with the “vapors,” introspective track that has been getting a lot of plays on Snoop’s GGN’s Underground Heat online countdown. Gavlyn joins Snoop on GGN and talks about her music, influences, etc. “All To Well” is off Gavlyn’s latest album Modest Confidence.

– “Live It Up” is a chill, groovy, uplifting, soulful, G-Funk track from L.A. rapper Ill Camille.

– “Can I Get A (Bom Bom)” is a groovy beat, head nod, toe tapping, jazzy piano track by Toronto rapper/producer Rich Kidd. The music video takes place at a house party where Rich Kidd is trying to hook up with a neighborhood shorty.

– “Slow Motion” is another retro style track from Oakland rapper Azuré (HBK Gang affiliated) feat. rapper LV (not to be confused with L.V. on Coolio’s “Gangsta’s Paradise” from the 90s). Azuré is one half of the duo Azuré & Arnold. [Azuré tumblr]

– “Throw Your Hands Up” is a throwback G-Funk tune from Coolio’s collaborator on “Gangsta’s Paradise” rapper/singer L.V. The track samples the bass line from Vaughn Mason and Crew “Bounce, Rock, Skate, Roll” and extrapolates a vocal phrase from Funkadelic’s “(Knot Just) Knee Deep”.

– “Beads” is a funky ode to beaded accessories by LA rapper/producer Chris Clarke featuring BeatsMe (D2s) with a cameo from Dâm-Funk in the video. “Beads” is a track off Chris Clarke’s album The Handpicked.

Kali Uchis “What They Say” 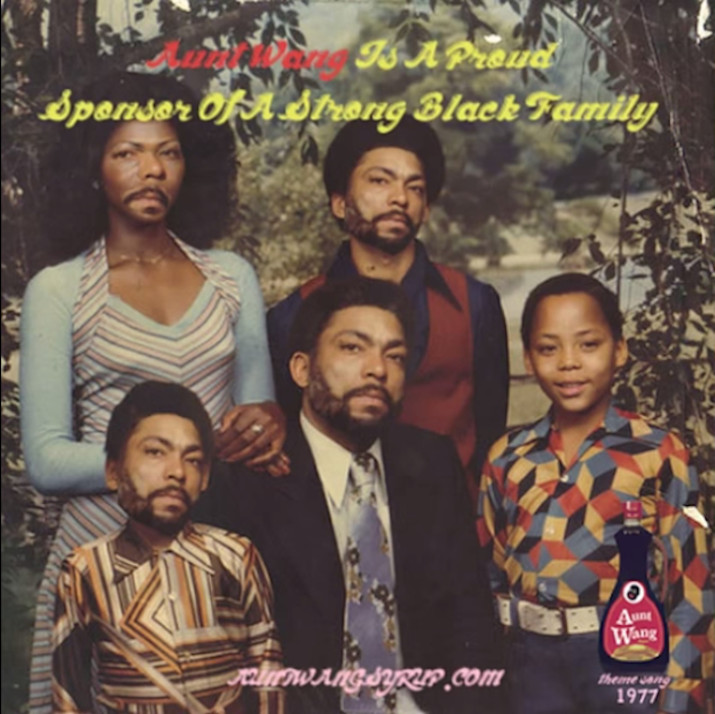 – “Tears of a Clown” is the 1970 Motown hit by Smokey Robinson and The Miracles, an oldies classic. This song could possibly be one of many inspirations for all those sad/happy clown tattoos and clown characters in west coast Chicano/Latin artwork.

– “Duke of Earl” is another oldies classic and lowrider anthem by singer Gene Chandler.

The Persuaders “Thin Line between Love & Hate” (1971) on Soul Train