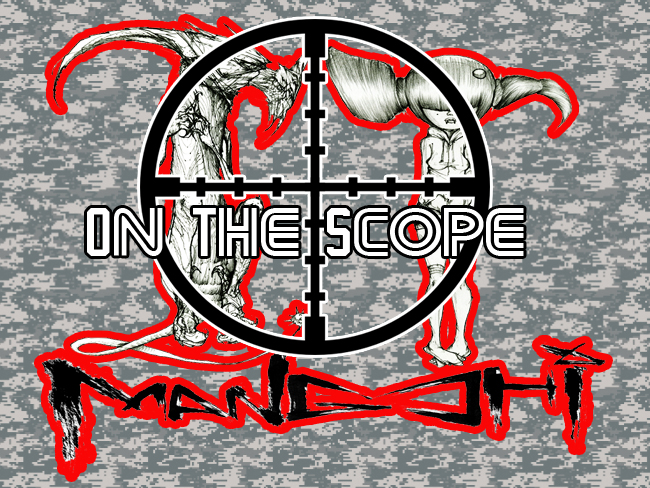 Mangchi’s Nega Mola EP is here; the hammer has been dropped. Mangchi (Korean for hammer) is the musical super project of artist David Choe aka Igloo Hong, comedian/rapper/singer Steve Lee aka Quangou (Comedian/actor Bobby Lee’s brother), musician/producer Money Mark (Beastie Boys and many other projects) and their cast of talented friends have put together an amazing EP called Nega Mola (Korean -Nega 네가 You + Molla 몰라 I Don’t Know = You Don’t Know, a nod to a DVDASA podcast catchphrase by crew member Vale aka yacuzziboy).

The personale of Mangchi and this EP include:

The Hundreds passing through Big Bear lake, CA crashed in on a Mangchi recording session

– ho99o9 (pronounced horror) is a new Hip-Hop, punk rock, horrorcore duo out of New Jersey; Eaddy and the O.G.M. If you’re into groups like Death Grips, industrial sounds, noise music, experimental, horrorcore, punk, Hip-Hop, and are looking for a new group to check out, give ho99o9 a try. 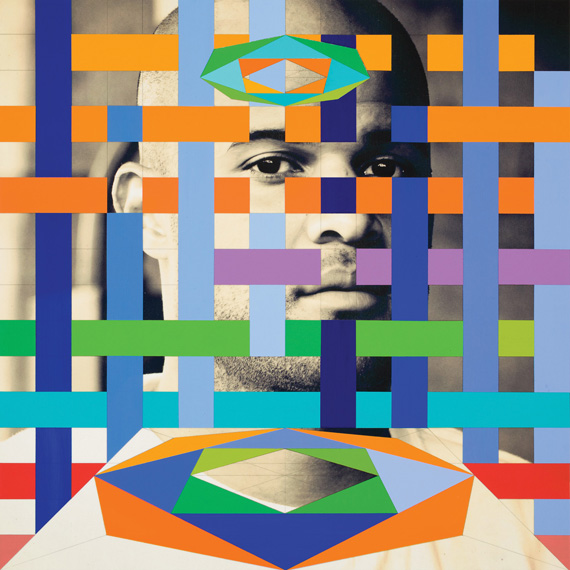 – Hallways is the 2nd album released on Stones Throw records by Homeboy Sandman. Above we got the album stream for Hallways, a promo track for the album’s release “Hallways OUT NOW”, and the music video for the single “Problems”.

It’s here: Homeboy Sandman’s Hallways, his second full-length album on Stones Throw Records. It is an ode to the space between where you are and where you are headed; a space in flux, and a space where Sandman himself noticeably thrives in this release. Producers on Hallways include Blu, DJ Spinna, Oh No and Jonwayne, who produced the first single, “America, The Beautiful,” and Knxwledge, who produced “Problems.”

The prolific Queens MC has been prominently published in Gawker and Huffington Post, plus featured in an array of media outlets such as NPR, Pitchfork and Rolling Stone even naming him as “Artist to Watch.”

Since signing with Stones Throw Records in 2011, Homeboy Sandman has made himself at home releasing a full length, First of a Living Breed, along with a series of five short records, establishing himself as one of the most productive and creative lyricists of this generation.

THE VINYL is a 2/LP gatefold with lyrics and two exclusive bonus tracks. Vinyl is running late and will be available no sooner than late September.

HALLWAYS OUT NOW Sandman celebrates the release of every new record with an all new song. “Hallways OUT NOW” is produced by Doc Heller.

– Kendrick Lamar jumps on a remix of a Jeezy track “Holy Ghost” from Jezzy’s new album Seen It All: The Autobiography. K Dot goes in on the track. 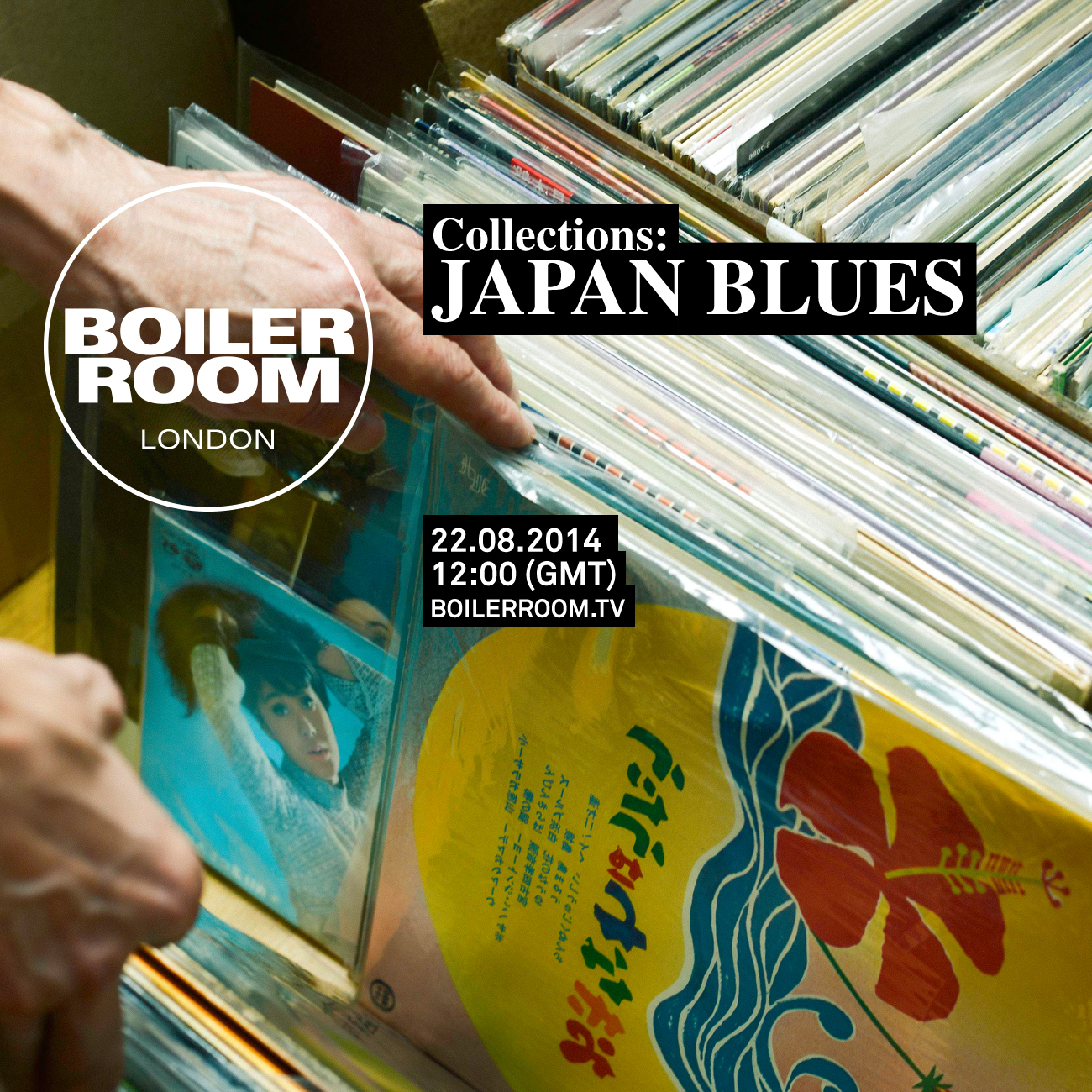 – Boiler Room London meets up with collector Howard Williams for a show and tell of his collection of Japanese music (blues, rock, folk, jazz, beat, psyche, soul, funk, disco and electronic music) on vinyl records. Towards the end of the session Howard Williams does mini mix of records from his collection. [Boilerroom.tv]

– “One Two Drinks” is a new UK Grime track from Meridian Dan dealing with drunken scuffles.

Caribou “Can’t Do Without You”

– “Can’t Do Without You” is a single by Canadian electronic music producer Caribou from his upcoming album Our Love, its a slow groove track that builds up to a lovely climax.

Charli XCX- I Want It That Way (Cover) on A.V. Club

– Charli XCX‘s star is rising now, for me her cover of the Backstreet Boys “I Want It That Way” is what put her on my radar last year.

– Evolution of Electronic Sound is back with another informative mix in their series that explores the development of the dubstep sound. This is how they were looking at dubstep around 2004-2006.

Although there are no clear classifications for any approach to dubstep, a notable shift in the sound occurred in 2004, and the one tune that did it was Loefah’s Horror Show. Before this tune, everything considered dubstep was predominantly based on energetic 2-step beats. Loefah kept the 140bpm tempo (as well as the deeper sound himself, Digital Mystikz and Kode9 pioneered), but halved the timing of the beats so that it sounded more like 70bpm. This production style was labelled “halfstep”, and it clearly influenced how nearly everyone else made dubstep — by 2005 commenters were remarking that, for the uninitiated listener, dubstep basically meant halfstep.

In early 2006, Mary Anne Hobbes brought together the most notable figures of the scene for the Breezeblock Dubstep Wars. This one-off radio show had a big effect on the popularity of dubstep, and it happened to mostly feature halfstep beats. To new listeners, this basically was the sound of dubstep. A few years after 2006, two noisier strains of dubstep were what a much larger part of the world came to know “dubstep” as. The terms “deep dubstep”, “minimal dubstep” and “real dubstep” all caught on for the style presented in this mix.

Michael Jackson “Wanna Be Startin’ Something” (1983)

– Janelle Monáe & Kimbra cover the classic breakbeat song “Rocksteady” by Aretha Franklin and Michael Jackson “Wanna Be Startin’ Something” as a promotion for their “Golden Electric” tour.

– “Forever Doesn’t Last” is a new track from Soul/R&B singer Jazmine Sullivan, a song about coming to terms with the temporary nature of relationships.

– “Sup Preme” is a track off CJ Fly‘s The Way Eye See It mixtape featuring fellow New Era partner Joey Bada$$.  The beat samples Cal Tjader’s “Django,” which has been used on old school tracks like Clark Kent’s remix of The Fugees’ “Ready or Not” and Pete Rock’s remix of Jeru The Damaja for example.

–Grunckles Gulch EP is a  collaborative project from rapper Runt of Jivin Scientists and producer Gunky Knuckles. The production is forward thinking while reaching back to the early 90’s Golden Era. The sounds take notes from Just Blaze. The high hats rattle over triumphant samples as if the ground is about the crack open, releasing lasers that puncture the sky. Think of the beats as Time Square lights in audio form. The rhymes battle while interweaving concise story lines that steal your ear; a pleasant surprise. Runt spits like a 5-star veteran with melodies and cadences that meld into the soundscape like a burner painted on a subway car. The project is part of wearebugginout.com‘s four-part series which will each showcase a different rapper/producer combo.The EP is a free download here.

Trapped inside this 9 song EP are sounds of storytelling, happiness, abuse, death, and growing old. All pulled together to paint a picture with rhythms made of sounds and writings. Giving you a heart shaped piece of Runt and Gunky, to you the listener. The adventure of “Grunckles” is a ride for the ages.Enjoy the free download!

Grunckles Gulch is part of a 4 part series brought to you by wearebugginout.com. The Dy-ad series (meaning 2, a pair) showcases a rapper and producer combo. Runt And Gunky Knuckles set the Bar with their Project “Grunckles Gulch”. Set to release Tuesday, September 2nd 2014.

-2014 is looking like the year of Jungle. This mysterious UK soul, funk, disco duo simply known as J and T are practically sampling hearts for drums and keeping cats grooving on the dance floor. It’s straight feel good music with the visuals to match.