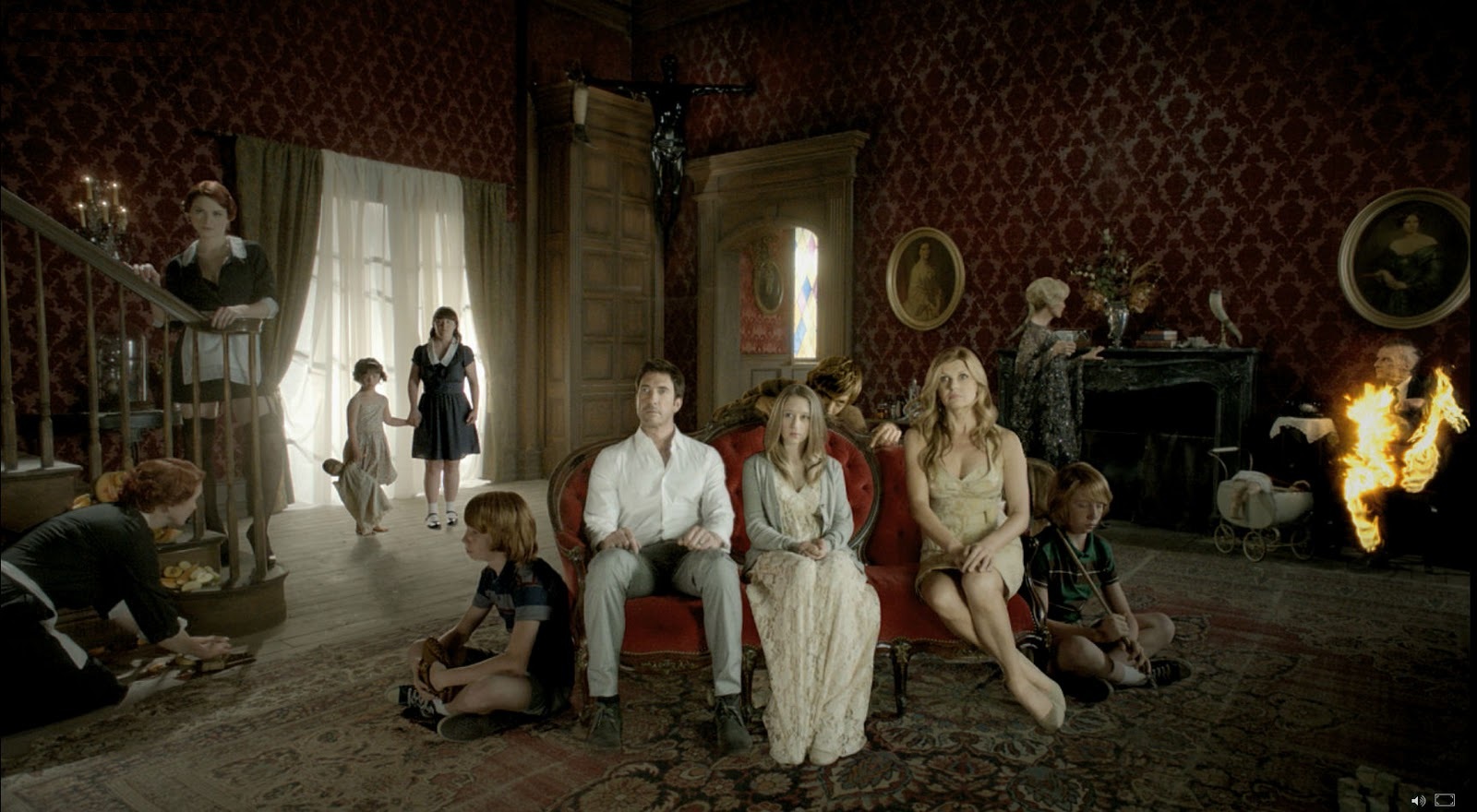 “Murder House,” the first season of American Horror Story took all the familiar horror tropes and made them their own, turning scary clichés into compelling beats in the story. By midseason, creator and producer Ryan Murphy and Brad Falchuk turned the show into a funny game of “name that horror reference.” Murphy and Falchuk had ghosts having sex and killing the living. It was amusingly ridiculous. Jessica Lange as Constance, the masterful conniving next-door neighbor, dominated every frame she stepped in. She gave an actor’s workshop. Every line, subtle gesture and expression felt like a favorite song with a weird time signature: awkward, unpredictable and blood suckingly-engaging. “House” was cool, but it faded in the rear view after “Asylum,” the second season, put it to shame. 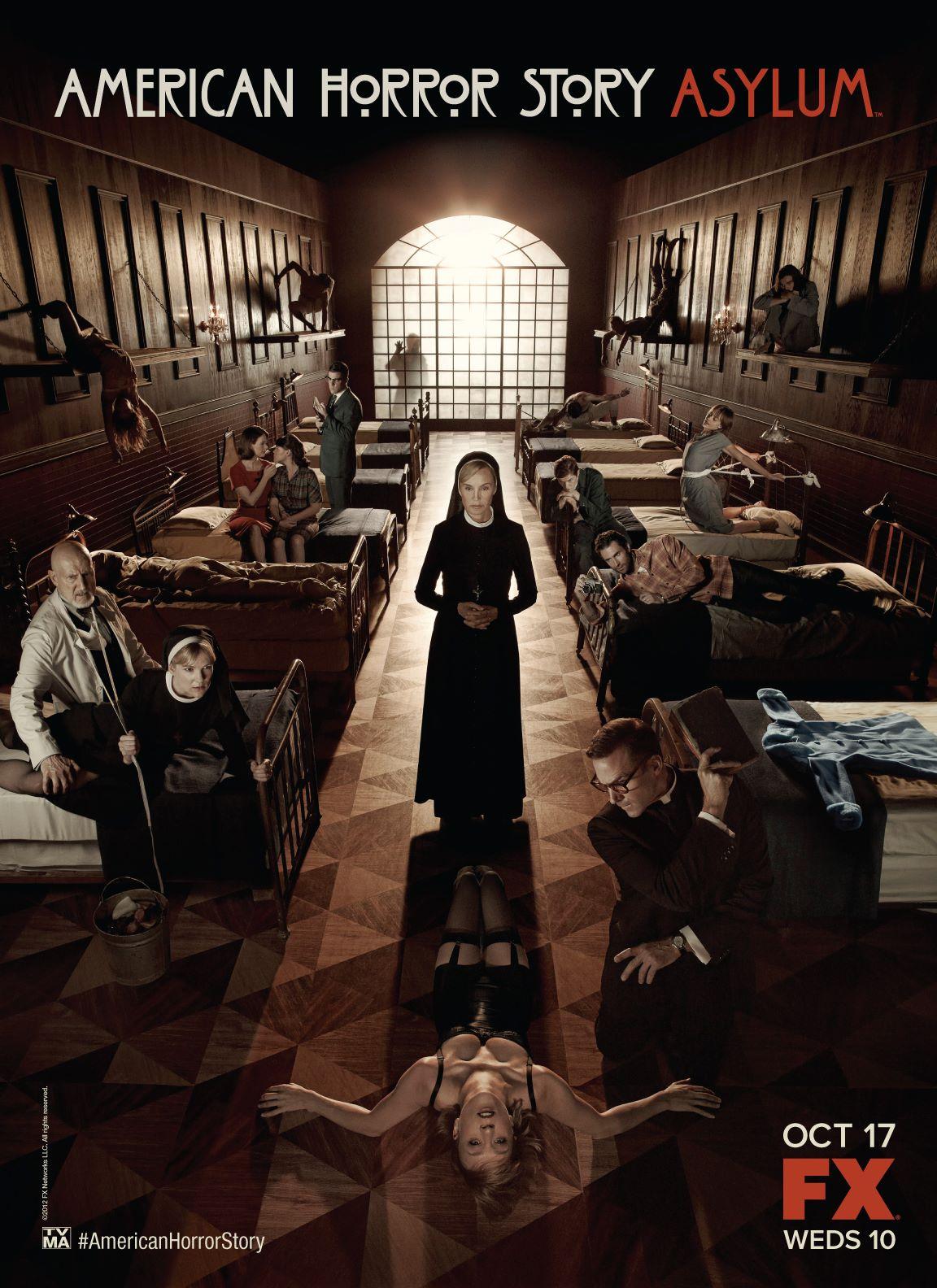 A body-snatching-satan, benevolent aliens, nuns, priests, a psychopathic psychologist, a nazi scientist, mental patients, and disfigured cannibals all tightly wrapped in a insane asylum, like a San Francisco, Mission burrito. It’s 1964 and the mental institution Briarcliff Manor is an abyss of untold misery and miniature explosions of light ignited by odd moments of kindness and comradery. Most of the cast members from the previous season return in completely different roles. American as an anthology series (also True Detective, Fargo) grants insight into Murphy and Falchuk’s choices. Turning each season into a miniseries relieves them of having to maintain a certain level of hysteria and intrigue with the same characters and premise. This series was a behemoth of sex, blood, and beautifully disturbing images. There’s a lot of treats in “Asylum,” too many to note without mentioning them all. It was synchronized chaos, all the way down to the actors’ choreography; patients twitching about, breaking out into dance numbers and an attempted coup d’etat. 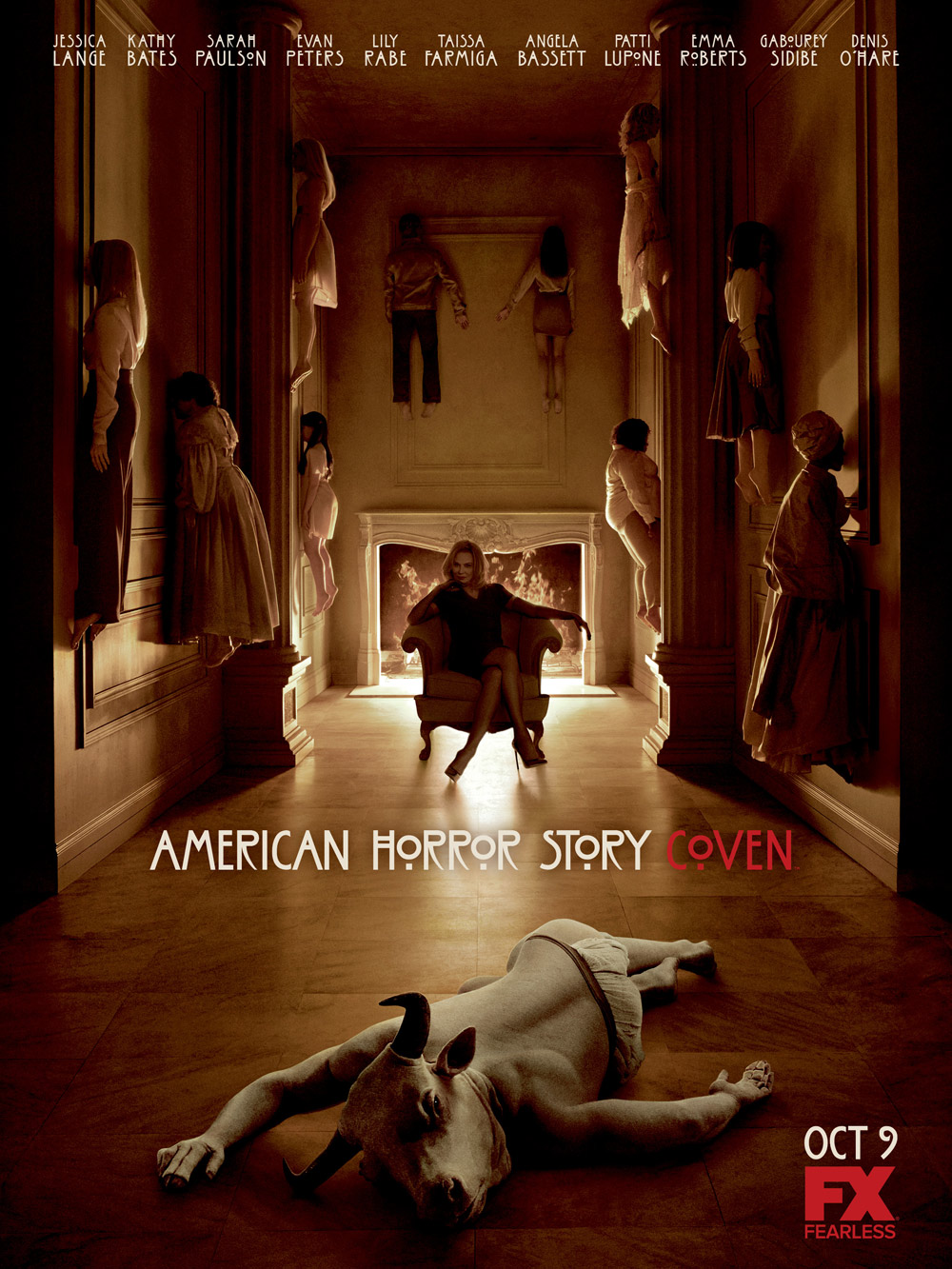 The third season, “Coven,” (dropping my head) was about the history of witches and a Coven of Salem decedents. It was suppose to tackle slavery and the persecution of women, but A.V. Club writer Phil Dyess-Nugent put it best, “Murphy and Falchuk have much sharper and more sophisticated ideas about pop culture than they do about human cruelty.” The series takes place in present day New Orleans intercut with scenes from the antebellum south. From the first episode I thought, “they’re not going where I think they are right?” It was impossible for them not to, but unlike the first season, “Coven” wasn’t a clunky collage of mess on purpose.

The series included Madame Marie Delphine LaLaurie (Kathy Bates), a historical female figure (1815-1820) and prominent slave owner in New Orleans. Married three times, she lived in a three-story mansion and kicked it in what would’ve been considered the social circles of high society. As a slave owner, this lady wasn’t just your average white aristocrat whipping and dehumanizing black people. She made art out of torturing them. We’re talking sewing lips shut, gouging eyes out, and having fingernails ripped off. A documented incident involved a young female slave combing LaLaurie’s hair. The girl hit a snag in her nappy head; that-tornadoed into LaLaurie chasing her throughout the house with a whip, until a neighbor spotted them on the roof. The girl jumped to her death just to escape an ass whipping. I mean damn, even for a slave owner, LaLaurie had to be a scary ol’ bitch.

The premise for this show had a lot of potential to go to a lot of different places. New Orleans’ history is quintessential to black heritage. It’s why American schools don’t teach it. My immediate reservation was wondering why all the witches were white, except Marie Laveau (Angela Bassett) and Queenie (Gabourey Sidibe). Laveau was also a historical figure, born free in the French Quarters of New Orleans, she was known as Voodoo Queen of New Orleans. She had a reputation as a healer and as a hairdresser for wealthy whites. Her and LaLaurie lived near each other and undoubtedly knew each other, but their relationship is unclear. Laveau had informants in all the wealthy households she worked in. She had to know what was going on at LaLaurie’s house. “Coven” has the two clash throughout the series, but their fictional onscreen bouts were carried by Bassett and Bates’ acting, not the writing.

You feel the need to have a predominantly white cast to make people watch your show, fine, but why didn’t they expand on the black characters? They could’ve been used to go in uncharted territory or to say something on TV that hasn’t been sayed before. Instead they were used more like ornaments (you’re better off watching Treme) to establish some kind of liberal agenda. I’m assuming there wasn’t a black writer in the room. The whole putting white characters in front of black backdrops is tired. I saw the series to the end atleast. Why they won a million awards for this miniseries, you got me? 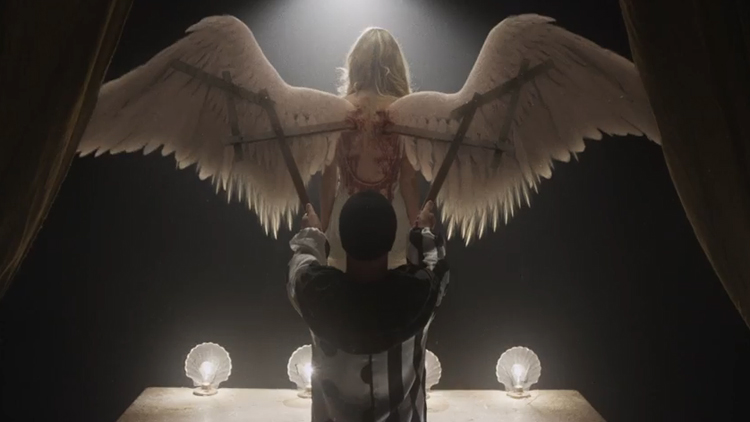 “Freak Show,” the fourth season takes place in 1952 Jupiter, Florida. It’s about a struggling freak show, the last of its kind in America, trying to survive. The previews had me geeked, yet another cool premise to do and say a lot of interesting things. The way they cut the first episode moved it along at a rapid pace. They crammed a lot of information and sub plots into that episode. Most of what I missed didn’t provoke me to see it again. By episode two, the score was overbearing and distracting. It was like trying to watch the show while flies buzz my ears. Either the producers were trying too hard, or they were consciously over-compensating for lack of story, we’ll see. I probably would’ve stopped watching this show midway through season three, but Haruki likes it enough to want to know what happens next. May be me too, I’ve gone this far.