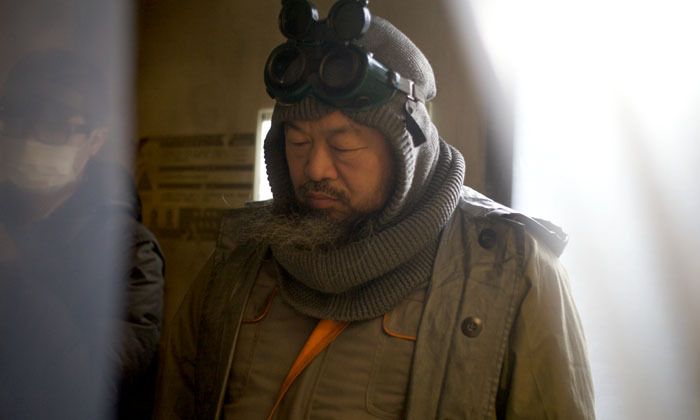 Artist, sometimes political prisoner and provocateur Ai Weiwei is starring in a sci-fi flick about water, or the lack there of; a cautionary tale about access to information. In a dystopian waterless world Ai makes his acting debut as a smuggler. Written and directed by “Ted Talks” filmmaker Jason Wishnow and shot by Christopher Doyle (director Wan Kar Wai’s cinematographer); they secretly filmed the short feature in China. Now their looking to raise loot for post production cost through a kickstarter campaign.  On their kickstarter page they best described the process, “When the air is toxic and your lead actor is under surveillance, you make a SHORT film and you shoot it FAST.”

Making a film is impossible. Support is everything. Their campaign is doing well, but post production costs include music, mix, color correction, visual effects, sound design, subtitles, and last but crucial is festival submission fees. This endeavor is a precursor to a full length feature. Watch a short preview-behind the scenes video on their kickstarter page, here.