When I read the news that Wu Tang’s upcoming 20th anniversary album A Better Tomorrow is going to be released along with a one of a kind collectors item double disc album The Wu – Once Upon A Time In Shaolin, it sounded like a big joke to me at first. According to the Forbes article The Wu – Once Upon A Time In Shaolin double disc will be encased in a hand crafted silver and nickel box done by British-Moroccan artist Yahya, with plans to display and play the disc at museums, galleries, concerts, and festivals, where attendees are charged $30-$50 to listen to the music on headphones, and pass through a security check for recording devices. This can potentially alienate some fans, but there maybe those out there who are willing to pay to see and hear the music on this one of a kind double disc. The double disc is also available for purchase to the public, and a person with deep pockets, a baller could potentially buy it from the Wu, rip the discs and leak it to the world.

“We’re about to sell an album like nobody else sold it before.”

“We’re about to put out a piece of art like nobody else has done in the history of [modern] music.  We’re making a single-sale collector’s item. This is like somebody having the scepter of an Egyptian king.”

“The idea that music is art has been something we advocated for years,”

“And yet its doesn’t receive the same treatment as art in the sense of the value of what it is, especially nowadays when it’s been devalued and diminished to almost the point that it has to be given away for free.” 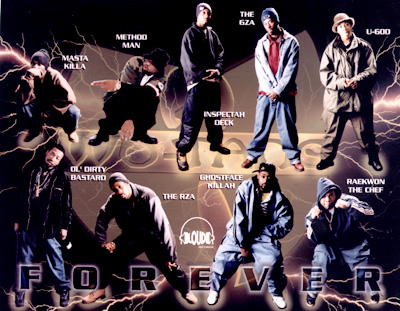 Compared to the days before the internet, where musicians can sit on their laurels after a few hit albums, and never have to tour or search for new revenue streams, in this digital age musicians can’t expect to make a living on album sales alone. The internet has democratized access to music, consumers can easily preview any artists material, and decide weather to buy it or not. Some musicians have chosen to give their music away for free, as an advertisement for their “brand,” to get fans to invest in their other revenue streams; concerts, clothing lines, alcohol, sport drinks, books, TV shows, and now digital devices. The archaic music industry is still stuck in old ways, going after online streams, upload sites, and torrents. It’s a game of whack-a-mole, a lost cause. It’s a different world now, and those who fail to adapt get left in the dust. The Wu is taking a risk and switching up their sword styles to survive in this cold music industry world.

In a conversation I had with TMG’s Tracy Jones, he sums it up perfectly

“It’s nothing if not ambitious or just an ill hustle. Don’t hate the player hate the game.”