You should say, “thank you” to Cee Lo and Danger Mouse for recording this album. The song, “Crazy” has been blasted through the skin of every media pore there is, including rock radio stations and even schizo, retarded, culture killing 106 & Park (the same clowns [BET] that wouldn’t play Little Brother’s “Lovin’ It” video, claiming it was “too intelligent” for their viewers). I can’t remember being this “hyphy” over an album since Kid A. Gnarls Barkley consists of veteran singer/song writer/rapper Cee Lo Green, former founder/member of the rap group Goodie Mob, and Danger Mouse, a phenomenal producer responsible for reinventing the remix with his outlawed Grey Album(The conceptual project meshed Jay-Z’s Black Album vocals with the musical production of The Beatles’ White Album.) Both Cee Lo and DM are based in Atlanta. They’ve known each other since 1998, but have been pursuing solo careers till Danger Mouse slipped Cee Lo a beat CD in 2003 and from there, the wick to their rocket ship was lit and a quite count down had begun.

The album’s title track, St. Elsewhere holds heavy irony. The multiple meanings build detours and alternative routes to different conclusions leading to the same place. St. Elsewhere was also a TV show in the 80’s about a dysfunctional hospital in Boston with heart felt doctors who cared about people (think ER). The patients were bums, lower class inner city dwellers and addicts (crack was a traveling disney world back then) yet they found refuge at this hospital. St. Elsewhere the album is a city “over there” filled with damaged humans needing immediate repair to subsist, a soul’s need to smile, to be rained upon, transform, be accompanied by Feng Shui, be paradoxical, and finding the time to dance after working like a robot. St. Elsewhere the TV series was the first to have an AIDS patient on their show. They were responsible for introducing the disease to America in entertainment form as if to prophetically say, “Yes, this is something real in modern day that is going to spread exponentially.” In Gnarls Barkley’s case, the disease is self hatred fueled by a collective consciousness (our community) and the result is cultural death, “stupid is the new cool” and war. I bought this album on my pay day. The same day Israel started attacking Lebanon, “They have a right to defend themselves,” said Bush in Israel’s defense (not to mention the satellite navigational missiles the U.S. just shipped to Israel). When pressing play, the first thing you hear is a film projector starting up and spinning. In between each song you hear the reel turning, preparing the listener for the next short feature they’re about to witness.

The cover art is a mushroom cloud nuclear explosion filled with skyscrapers, helicopters, palm trees, a gas mask, a lion, a spear piercing an army helmet, a lit cannon ball, a tank with smoke slithering out of its barrel, an astronaut with his left hand raised and on his glass face reads “evil yxes,” then there’s a sign that reads “open 24 hours,” another sign that reads “don’t walk” and a couple of missiles with eyes minus pupils.

Where is Saint? Who is Saint: you, me, him, her, they, them, she, he, everyone, it and all things. Saint is suppose to do for us what we can’t do for ourselves. She’s constantly eluding us while leaving behind clues to find her. To look for Saint would put her where we first started, disabling us from returning to that same time and space from which we spawned the idea to search. In “Necromancer” Cee Lo says, “the production is progress but the/reason is retro.” It’s like KRS-ONE telling his audiences to pray backwards. Pray for the fifteen year old version of you. Pray for the twenty one year old version of you. Although you are here, your now is constantly leaving you to go elsewhere. You know more now than you did yesterday or a year ago. Your future “you” is praying for you now? In the last lines of the St. Elsewhere jam Cee Lo sings, “Way over yonder there’s a new frontier/would it be so hard for you to come visit me here/I understand/well just send me a message in a bottle then baby.”

The production is crazy layered with a lot of filtered spacey samples mixed with live bass, organs, guitars, synths and ill melodic backup vocals that change pitch from Mike Tyson high to doomsday deep. The arrangements on this album are intricate and intended to push the boundaries. What’s cool is you can tell based on Cee Lo’s ability to write dope lyrics not just content, but what words he chooses to accentuate and what melodies he chooses to sing based on the beats’ rhythms. Sometimes he follows the bass tones, the organs, the guitars or creates his own rhythm and it melts into the production almost gracefully. The programmed drums are crunchy and the drum patterns change up with breaks and thumpy fills that break necks bobbing. I didn’t expect this album to be this dope til I was riding in a car with my friend and he had ‘Transformer” screaming from the speakers citing, “Yo you can taste the Dungeon Family on this album.” The vocal arrangements are reminiscent of Outkast’s The Love Below. The album is 37 minutes and 28 seconds long. The songs range from 1:48 to 3:25 minutes yet there’s 14 jams. The average CD has 15 joints, but the length is usually at least an hour to 74 minutes max. Where as an EP (extended play) is usually 7 songs max with an estimated length of 20 to 30 minutes. This album is like shoving tornadoes in your ear holes and pulling them out real quick. Cee Lo doesn’t curse on this album yet it’s emotionally violent and painfully soulful. Does that mean anything to the average listener?

Their remake of Violent Femmes’ “Gone Daddy Gone’ and the cocaine cyclone slow jam, “Online” are dada-ish and make for interesting sound sculptures, but they can be over looked in the context of the other songs. Not to mention the song titles are corny except “Go-Go Gadget Gospel,” “Crazy,” “St. Elsewhere,” “Transformer,” “Necromancer,” and “Feng Shui.” The credits are unclear as to who did all the production. Danger Mouse of course, but does he have an entourage of musicians that assist him in his projects? Did he write the music and have musicians play what he wrote? “Smiley Faces” is definitely one of the album’s brightest moments.

St. Elsewhere explores death, love, joy, necrophilia, “I whispered in her ear to hear an echo[from the song, “Necromancer”],” the vertical path, references to thunder storms used as a metaphor, ‘love in the lighting/the feeling is frightening/but isn’t it exciting/I’m something like stormy weather/if I weren’t we’d never/huddle together[from the song, “Storm Coming”],” and the paradoxical extremes of suicide, “When I was lost I even found myself/Looking in the gun’s direction[from the song, “Just A Thought”].” The album is sad, but there’s liberation and something uplifting about releasing suppressed thoughts that, well, make you think, “May be I am… ‘Crazy?’” That sentence should be evidence enough that this record is mad pop. They took familiar concepts, phrases and even a plot (listen to “The Boogie Monster”) and made them fresh while leaving open spaces with precise placement and timing, giving the listener more opportunity to have his/her own interpretation of each song. After the last song of the album, you hear the projector run out of film. The film strip dangles and bangs against its metal reel until it slows, slows down and slowly stops…click click click click. The reel subtly rocks back, forth, silence. Classic.

This review was originally written and published in 2006. 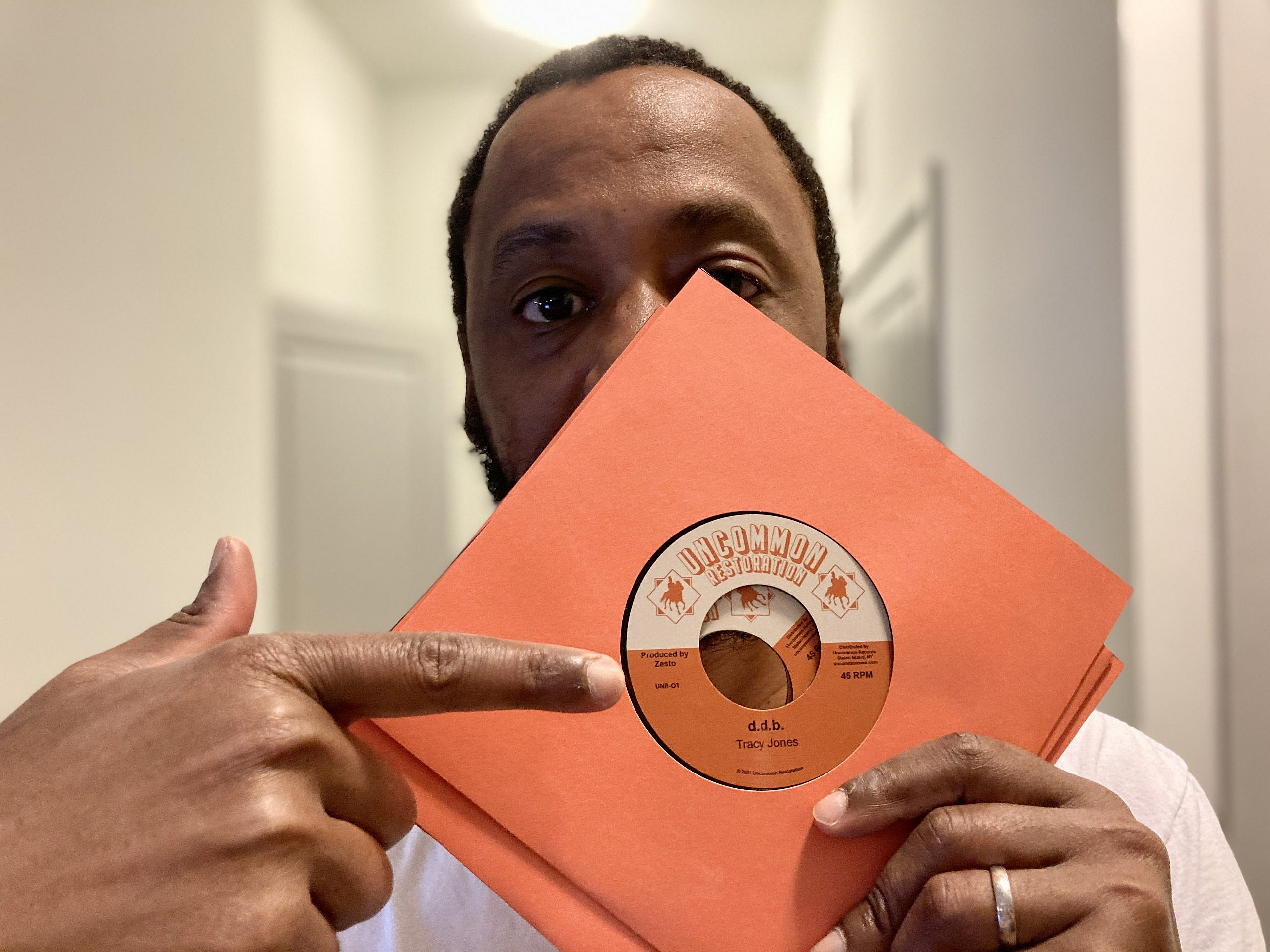 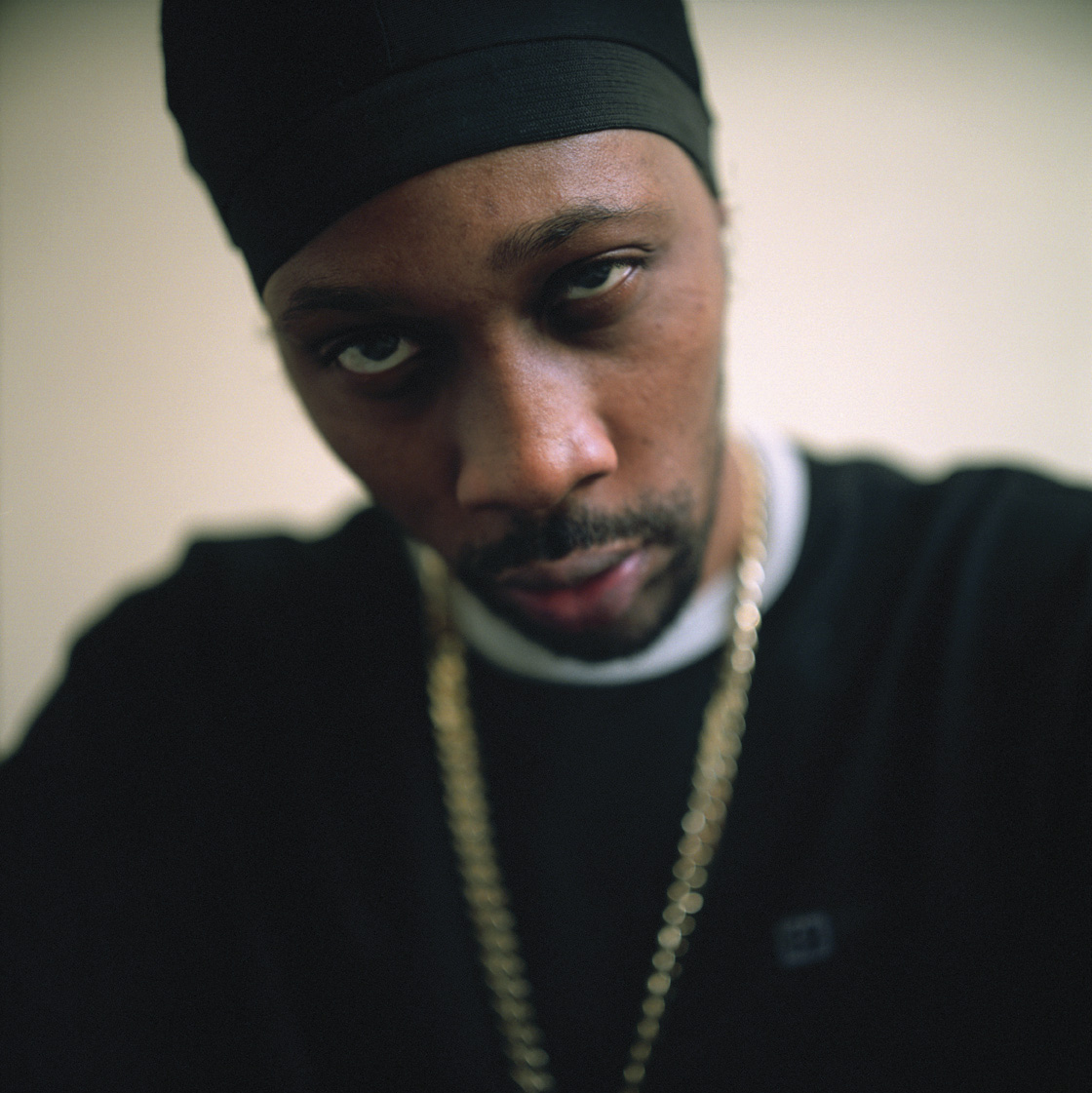 @masaibey 's classic Panacea Goldmine is required listening and must cop material. Go get it!

Preorder the 15th Anniversary edition of @masaibey’s Panacea Goldmine now! It’s newly remastered and available for the first time ever on CD. It drops, 11/12 on @UncommonRecords