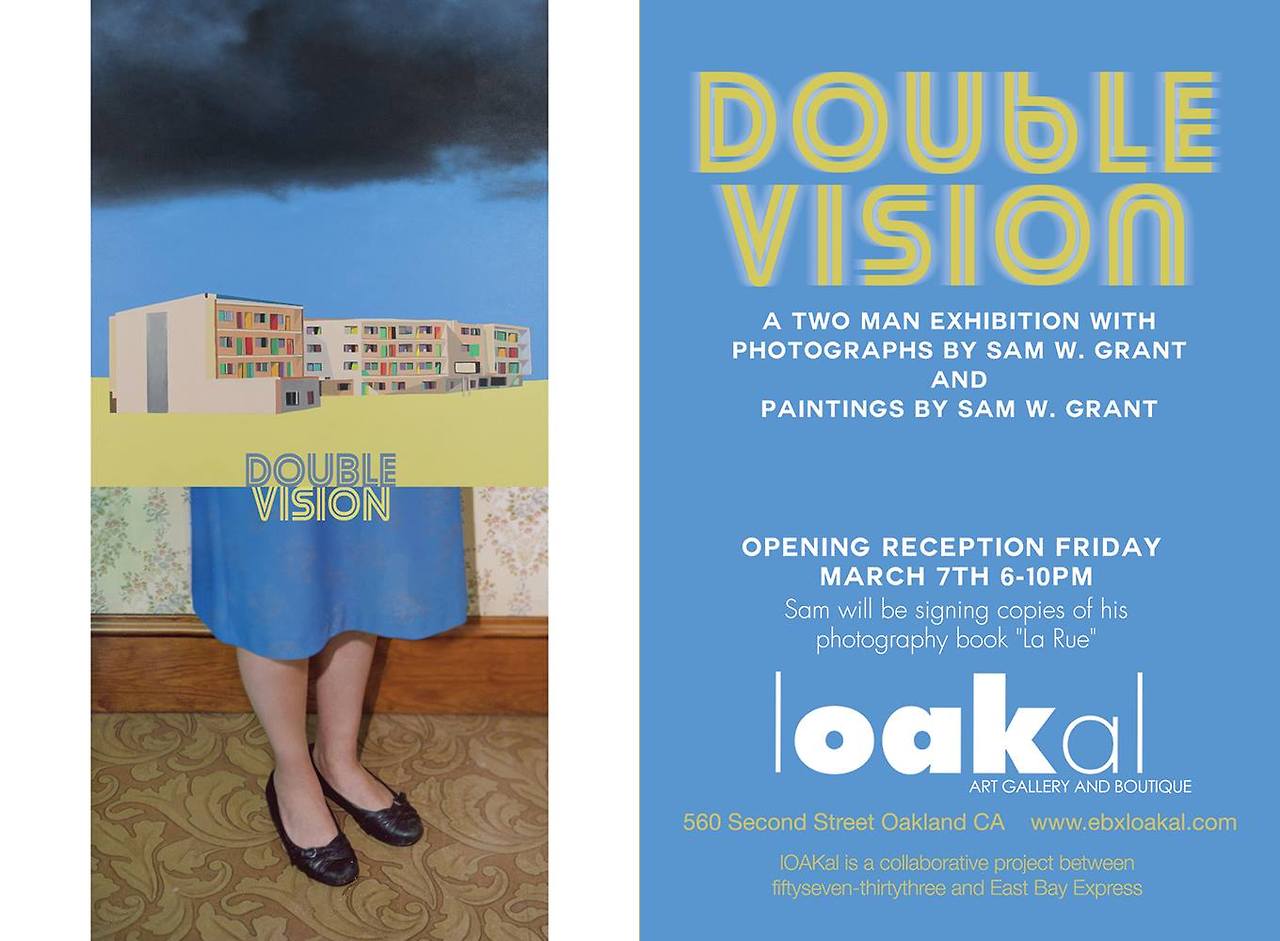 TMG is proud to announce multi-talented artist Sam Grant is having his second solo exhibition, “Double Vision” at Loakal Gallery. The show features him killing two mediums (photography and painting) with one stone. His acrylic paintings are realistic rendered scenes that reflect a mid-century America framed in modern realities. They’re humorous cynicism symbolizes a realm that reaches back to a simpler time caught in extraordinary circumstances. Instead of post World War II it’s post indiscriminate data-gathering and NSA surveillance. Two drones fly over a 1950’s style motel. While surveilling U.S. citizens, the pilots’ (gamers’) dialogue echo that of two co-workers back on the job after the weekend and one of them admits to “having a case of the Mondays.”

The skyscraper is an “objectum sexual” in love with a woman sitting in its “lap.” The building asks her if she could love it, but she has to remind it, “you’re just an office high-rise.” While straddling the object, her middle finger massages its window. She has a quaint smile. She’s giving it mixed signals. May be it’s easy to assume that portraying the skyscraper as an “objectum sexual” is ironic until you start to suspect that the conversation is all in the woman’s head.

I’ve known Grant since college. I didn’t know he was an artist until a year after we met. Read that, plus the interview here. He’s been putting in work for minute. As a TMG contributor he made our logo, and produced our first flyer here. In promotion for his first solo show he talked about growing up in Maine, watching the world go from analogue to digital, and seeing a UFO. Read here.

Below is a preview of the show. 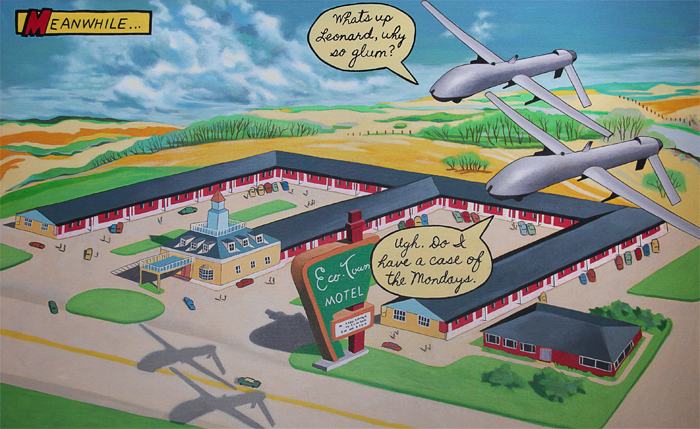 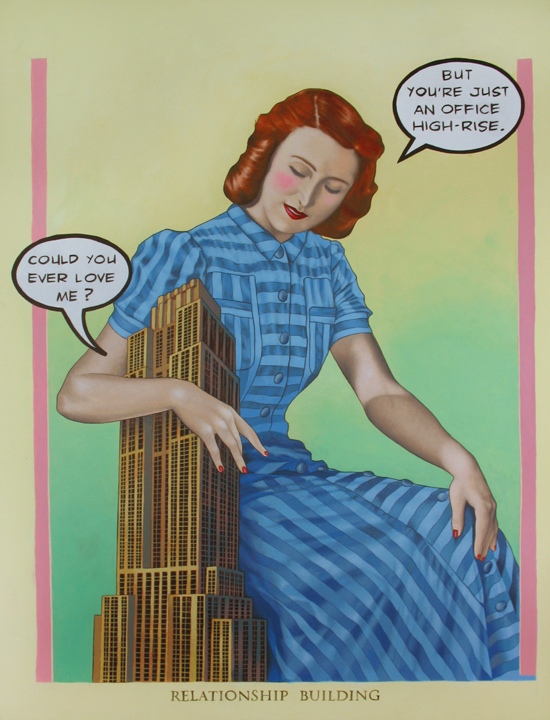 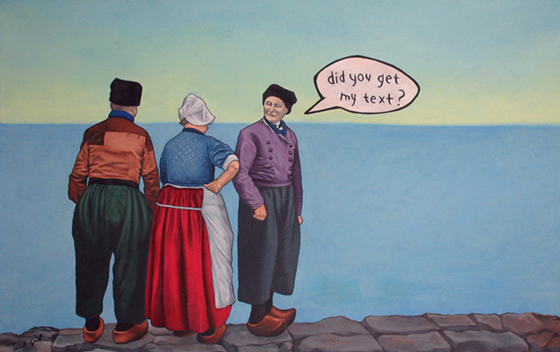 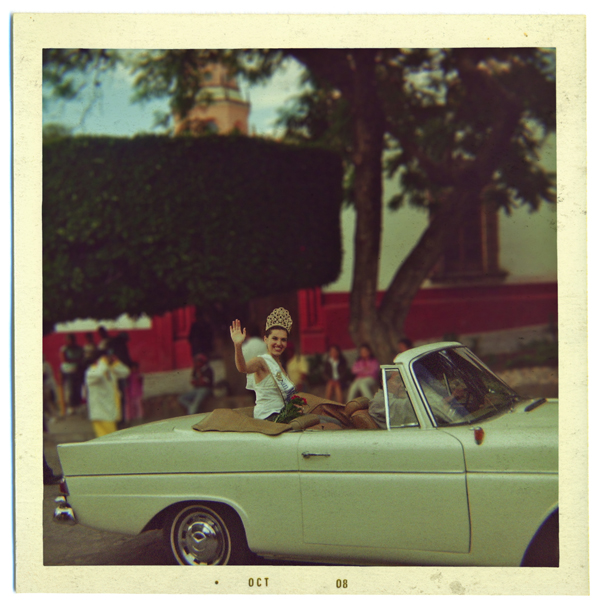 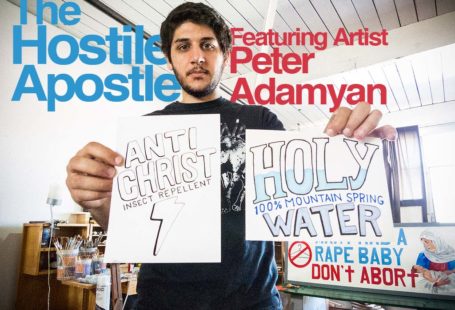 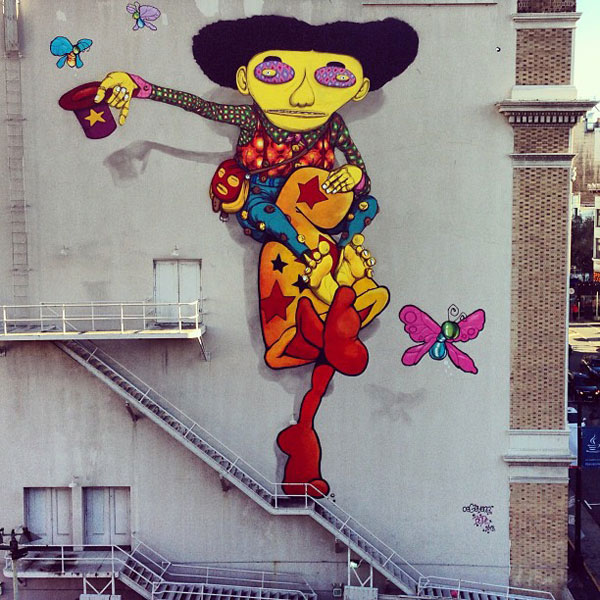 Os Gemeos and Mark Bode join forces on a blockbuster