Several months ago I came up with a list in my head of all the things I’ve wanted to do in my lifetime, but haven’t done yet. Either fear, procrastination, money, or time had gotten in the way of accomplishing the things on this list. I’m in my mid thirties and found that there was so much I wanted to experience in this life, but haven’t yet. Days went by, before I woke up in my apartment feeling a bit depressed about the fact that I felt stuck in my world, my routine. I hadn’t done any art in the last six months, nor felt any inspiration to break that streak. I was feeling pretty empty. I got on the computer and started researching flights. I’ve wanted to visit Hong Kong for years now, something about that city really attracted me. I knew little about the city itself, nor had any contacts there. However, it was time to venture there nonetheless. I bought my plane ticket that morning, thus completing the first step. I figured, once that was done, I was forced to do my planning from there.

Within days of purchasing my ticket I suddenly felt that artistic inspiration I was longing for, returning back to me. I had started to put together a new body of work to wheat paste around this new foreign city. I hit up every one I knew that had traveled to Hong Kong in the past to inquire about how the city operates, and how to navigate it. This included contacting artists I knew that had done projects there in the past. Most helpful was my friend Jason (Advanced Mammel) and Spencer Keeton Cunningham. They hooked me in with the right people over there, who would end up showing me the in’s and outs of that city. I felt confident before leaving San Francisco. I was in good hands.

Upon arrival, I had found the art scene over there to be very helpful, supportive and optimistic. I had hit my first walls in the city with Caratoes and MASA. They took me around, showing me some excellent spots and taught me about the street art dynamic that exists there, i.e: how to deal with police, who to look out for (under covers), what types of walls to hit, what neighborhoods to venture into, etc. It was pretty eye opening; the dynamics over there is completely different to that of San Francisco. Most of anything you put up, pretty much stays up, so long as you know where to hit. I only had three pieces come down my entire trip there (out of forty six). Rooftops are pretty easy to get- too, so long as you know where to look. Nobody really buffs anything. I suppose due to the fact that Hong Kong’s street art/graffiti scene is very small, compared to cities a fourth of its size. Graffiti is not such a huge issue. Coupled with the fact that Hong Kong has virtually no crime at all, if you do get busted the penalty is pretty low I’ve been told. The only time I had been approached by police was when I was bombing with local artists Barlo and 4GET. We were hitting the old Hong Kong International Airport (now abandoned) in Kowloon. When approached, the police seemed far more concerned about our safety more then that fact that we were obviously there to do graffiti. They didn’t even seem concerned with the fact we that were trespassing.

I suppose another interesting dynamic that caught my attention was a general interest people took towards what I was doing. Local artist, 4GET and I were working on a collaboration on a roll-down door in the New Territories (the area of HK that boarders China). I brought with me a bag full of pasters to put up illegally in that area. It turned out that I had gotten every single one of them up…but legally. Many of the local businesses simply allowed me to put up my work inside their establishments or on the exteriors of their buildings. It was a very open and friendly atmosphere out there. I’m looking forward to going back.

I suppose ‘friendly’ is a great way to explain the atmosphere I encountered. For half of my trip I didn’t even pay for lodging. I met Jason who runs Hong Kong Walls (http://hkwalls.org/). He’s a one-man operation that gets artists legal walls in high profile areas throughout the city. We had spent sometime getting to know each other before he offered me his amazing two-bedroom apartment in the Sheung Wan district to crash for a few nights while he stayed with his girlfriend nearby. The same hospitality can be said for Ross Dixon Turpin, co-owner of Star Crossed Tattoo in HK. I came across him while I was wheat pasting one night in his neighborhood. I ended up crashing at his place for the duration of my trip, and even got the chance to do a legal piece at his business.

The entire trip was a great experience for me. The city itself is unlike anything I’ve ever experienced before. Its ‘urban’ on a whole different level. Its streets are filled with people everywhere, exceeding that of busy NYC. Some areas in HK contain the densest populations on the planet. Last year there were over 6,000 persons per square kilometer. One can easily feel like he or she is venturing throughout a city much like that of Blade Runner, Dredd or Ghost in the Shell. For a Sci- fi buff like me, that’s pretty amazing. I recommend this place to anyone. It’s expensive to get there, but inexpensive to get around and stay. To any street artists/writers reading this…this city is paradise!

I’d like to give a special thanks to all the people and fellow artists I met over there who helped me out tremendously: Caratoes, MASA, Jason from HK Walls, Ross Dixon Turpin, Star Crossed Tattoo, OBSRV, ELLET, Anais and Perry, Barlo, 4GET and Kevlar Mihovich (Kevlar)…THANKS SOOOOOOO MUCH!!!!! 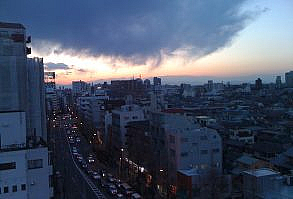 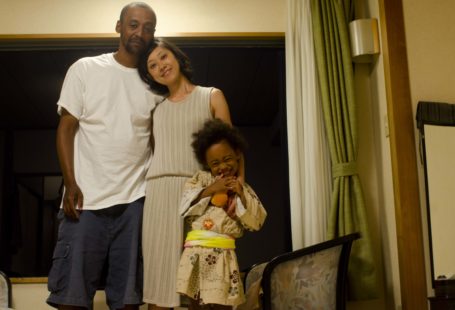