Conor Harrington is from Cork, Ireland. According to an Out of Site interview he found graffiti in a National Geographic; and rap through a friend’s cassette tape, Public Enemy’s It Takes a Nation of Millions to Hold Us Back (1988). Having grown up where graffiti was nonexistent, he was still a writer through and through until art school changed his perspective. Harrington’s paintings are a microcosm of styles that, in theory, don’t seem like they would gracefully cross-pollinate. Instead they generate a dynamic sense of motion and time; chaos and fluidity. He manages to use graffiti, pop art, classical figurative painting and typography to produce these epic scenes painted on various surfaces from canvas to sides of buildings. His work represents a world hyperlinked by post-modern ideas and short attention spans, where static is the offspring of pixelated minds and remixed voices.

The film, Old Norse, is by Andrew Telling. Harrington was invited to Komafest in northern Norway. 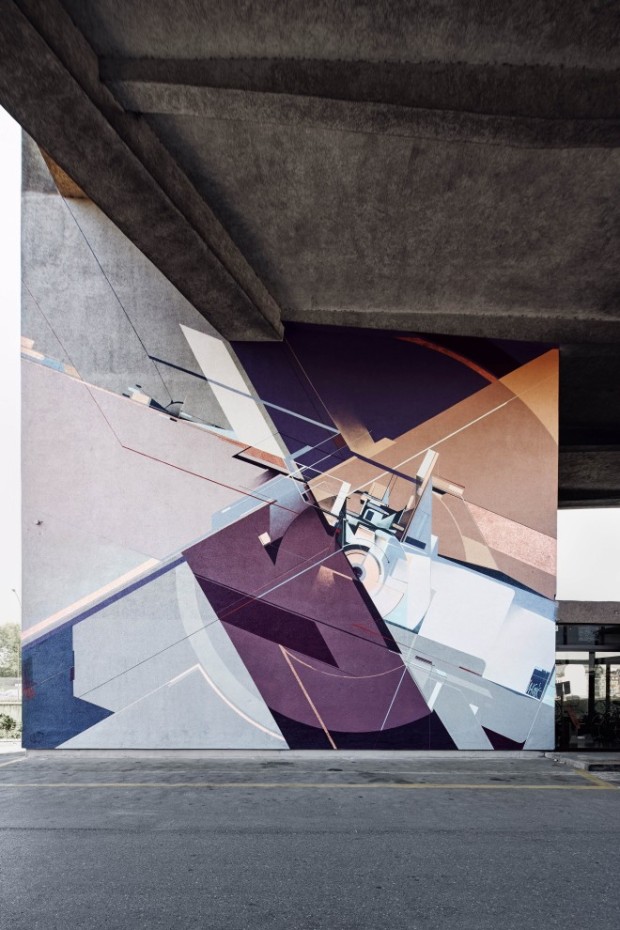