The morning we left for Izu, Haruki was like, “I don’t want to become my mother,” she said. In the first couple of years of our marriage, I would’ve been like “The fuck is her problem? Every time we get ready to do something, you start acting brand new….” I would’ve suggested that we not go, that it’s a lot less stressful to not do a goddamn thing. I don’t want to become my father. The fight against the inevitable continues.

At lunch we talked about growing into each other. “I didn’t know myself until we got married,” she said. Marriage is like looking in the mirror and seeing your wife’s reflection. It’s trippy as hell. Through Haruki, I got to know myself. And through that, I got to know her. When we were dating, we presented the best parts of ourselves, but once our stupid human tricks tapered off, we saw things that we didn’t like about each other. Everyday you ask your self the same question, despite my partner’s flaws, can I live the rest of my life with this person? On most days my answer is “yes.” I think it’s the same for Haruki, but within the hours, our answers fluctuate. She asked me if I would’ve still married her, knowing what I know now. “Yes,” I said. The essence of what I saw in her remains true. “I don’t think you’ve changed since we first met,” she said. “I knew what I was getting into.” Knowing her for so long, I thought I knew what I was getting into, but I had to get married to find out.

“Yo dealing with all the cultural differences…we built mad bridges,” I said to Jared. “Oh I see, so you manage her managing you,” Jared said. He was divorced cause his wife wanted kids. “Kids are expensive,” his father would tell him and his brother. His father traded stocks and bought property. “Don’t ever have them, you’ll give your life away.” Aretta, Jared’s girlfriend, wants to get married. She wants kids too. In two different states, Jared owns a house. She lives in one and he in the other. He’s building them a third that neither wants to live in. “Marriage is like tennis,” my friend said to his daughter. She was twenty. “I almost left you,” his wife shot from across the room. “You’re not going any where,” he shot back. “You have to keep up,” I said.

On the first night we did fireworks by the pool and then my babies went to bed. The sky was grey clouds so I couldn’t take flicks. I was lounging on a velvet couch in the hotel’s bar. Instruments were everywhere. Besides the piano man playing, bar tender, and me, the place was ghost. I had to wait for the piano man to finish. The bar tender and I were his audience. Dude got a paying gig. But after hearing his rendition of Miles Davis’ “So What,” I wanted to put my headphones on. His timing felt like right angles. There was nothing humanly skewed about it. May be it was just my impatience wanting to say, “Wrap it up b.”

When he finally retired I watched this 1984 video of filmmaker Kathleen Collins. This shit is the gospel. She talks about “E.T. tears,” the nature of an outsider, the vintage point of one, the advantage of nobody caring about who you are as a black person, giving you the advantage to experiment and play with your work. Collins drops jewels. She redefines Christianity in relation to blackness. She said if you write in your journal every single day, never miss a day, you will get to the root of your obsession, your characters, your everything. No matter how woke you are, this is synaptic soul food. According to Shadow and Act, with only two films under her belt, she died of breast cancer at age 46 in 1988. I can’t wait to watch her films, embarrassed that I haven’t seen them. Below is her talk. And tomorrow I’ll talk about washing my ass in front of grown Japanese men. 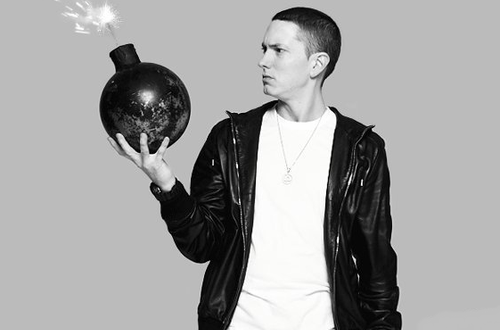 #NationalDaughterDay2021 Me and my baby.