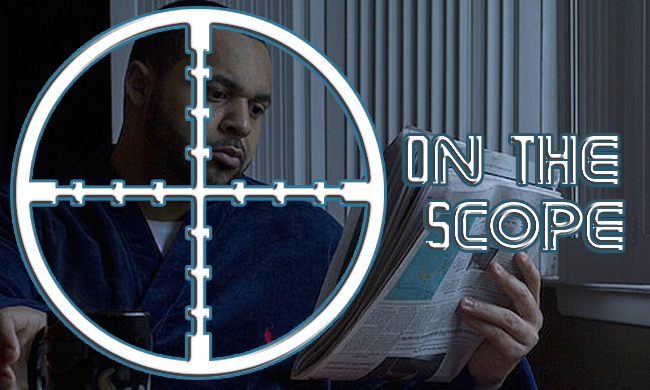 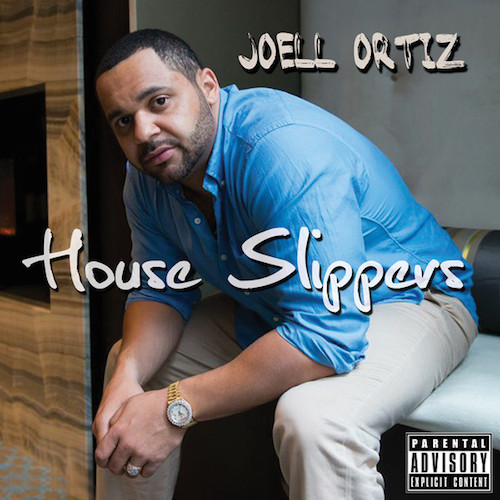 NPR Microphone Check – Joell Ortiz: ‘I Refuse To Compromise Me’

Man, this ain’t for radio play
This for the radio raheems who let their radio play
For the heads on the neck clicking, looking for the best writtens
Turning to their man like “you hear what he say?”
Y’all niggas tryna recreate back in the days
I’m just trying to rap my ass off
Hoping maybe I’ll impress a few niggas from back in the day
Because I’m finishing these new niggas that’s rapping today
You turn this up, but not too loud niggas
Feels like I finally found my House Slippers

Joell refers to house slippers as metaphor for the comfort he has found in his life and career. Producers on House include Frequency, Gnyus, The Heatmakerz, Illmind, Operator Emz, and Prafit. House is a solid album with a little something for everyone on it. Yaowa!

– When I heard this Cocoa Brovaz track on my local SF college radio station KUSF on the Hip-Hop show Beatsauce (hosted by DJs J-Boogie, Wisdom and Raw B) it blew my mind. How did they get the Super Mario Bro.’s underworld theme song on that track, latter figuring out that the then in vogue and popular MPC 2000xl drum/sampler/sequencer model had a zip drive and they must have either gotten a midi file of the track, or someone with a good ear replayed the tune on some 8 bit sounding synth keyboards. “Super Brooklyn” is a great proto-chiptune Hip-Hop track.

Yasunori Mitsuda “Secret of the Forest” from Chrono Trigger (1995)

– “Never Been” and “Never Been (Part II)” are two Wiz Khalifa tracks that sample theme music from the 1995 video game Chrono Trigger.

Arcade Fire: 50 Rap Songs Based on Video Game Samples – Video games and hip-hop have been practically inseparable since their birth in the 1970s. Here are 50 songs spanning four decades, showcasing the fruits of this Atari teenage riot. [Spin]

– I stumbled upon these mega long trance mixes that include tracks from the late 80s, 90s, 2000s, and up to 2010. Bust out your glow sticks, moves, and journey through trance music history from the past few decades.

– “Junglist” is a Jungle anthem from 1995 by one of Michael West aka Rebel MC/Congo Natty’s alias featuring artist Peter Bouncer.

– This is the extended version of a documentary on UKG as reported here on TMG.

Planet Chaser “If Only U”

– Indie dance/Electropop/Nu Disco duo The Knocks pays homage to the early 2000s version of the video game The Sims, and cheesy late 90s pop videos in their video for their song “Classic” featuring singer Powers. The video was shot by Brooklyn, NYC creative media collective BANGS.

– “Faded” is a progressive vocal house tune off the EP The Nightday by the mysterious LA/SF electronic music producer/vocalist Zhu.

Fabiana Palladino “For You”

– “For You” is lovely electro-soul/R&B tune, a “declaration of love” song by UK singer Fabiana Palladino, produced by Sampha.

Jessie Ware “Say You Love Me”

– “Say You Love Me” is another single released from Jessie Ware’s upcoming album Tough Love, which is out October 13 (UK) and October 21st (N. America).

– “Hands Up” is a track about the unlawful police shootings of Michael Brown, Trayvon Martin, and police brutality by young artists Yakki and TM88.

– “Blue Suede” is a new single from up and coming LBC rapper Vince Staples; the track is off his upcoming Hell Can Wait EP.

– “Blue Suede Shoes” is an early rock hit by Carl Perkins that was inspired by a story Johnny Cash told Perkins while they were on tour together in the south, about a black airman, C. V. White, who Cash had met when serving in the military in Germany, who had referred to his military regulation airmen shoes as “blue suede shoes.” Elvis later covered the song.

– “Weekend” is an indie pop rock tune, a tragic love song that has tinges of Lana Del Ray by NY artist VÉRITÉ.

Redinho feat. Brendan Reilly “Get You Off My Mind”

– “Get You Off My Mind” is new electro funk tune from London producer Redinho featuring Brendan Reilly. This track is off Redinho’s upcoming debut self-titled album (out September 22nd), pre orders at [iTunes] [Beep]. Below is an album sampler and a stream of Redinho’s self-titled debut album.

Choosey “Fly Me To The Moon” Prod by Exile (Official Video)

– “Fly Me To The Moon” is a jazzy Hip-Hop single produced by Exile off the San Diego rapper Choosey’s upcoming album Left Field dropping (out October 14th 2014). 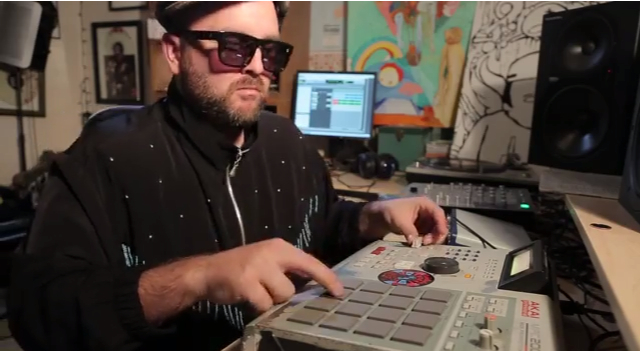 @AWolfeful No, not at all.

After 9yrs of living in Tokyo, Japan and returning back to the states at this time, I just got my first writing assignment. Oh, where to begin?