Loser Laowai in China is a youtube channel produced by Randall Flagg. He’s been living in China for almost ten years. His youtube profile describes it as a story about a foreigner living in Shanghai and “information on the culture, living, working, coping and the social issues that come with the second largest economy in the world,” but Dude. Is. A. Character. “He’s alive. He’s alive!”

A lot of the videos are of him talking to the camera, but don’t get it twisted. Flagg talks minus a filter, as if he’s on another planet earth sending transmissions back home. As a foster kid, after graduating from high school he had to choose between going to college or “wiping old women’s behinds.” At the advice of his group home, the later was encouraged over the former. Randall choose the former. The videos are arranged by chapters, except “China Ratchet Daily,” a series about all the horrific incidents and Willy Wonkian Gangster shit that happens in China.

On “China Ratchet” episode nine, a new born baby falls out of a pregnant woman as she’s wheeled down the hall…of a hospital…surrounded by nurses. A whistleblower jumps in front of a train, killing himself to protect his family. Several teenage girls go savage on another girl, and a BMW gets folded like aluminum between two cement trucks. It’s “oh fuck” shocking. Flagg gives informed critiques from his perspective and tells personal stories about almost everything: “How to get Chinese women…,” “Black people teaching in China, “You can’t turn a hoe into a housewife” and more.  Brotha-man is unflinching, but this nigga go from “If your black or fat, don’t come to China,” to dancing in a gold jump suit to Hammer’s “Can’t Touch This.”

We went to college together at SUNY Purchase, a performing arts school just outside New York City in Westchester. He was a kid I’d see around campus at random. He was different. I used to put on open mics and showcases at school, and he’d show up greeting me with a smile, showing the gap between his front teeth, wearing his thick black-framed glasses while clutching a notebook. Every time he’d spit was like watching a R.A. Dickey knuckleball in slow motion. By the time he finished reading, the packed audience could see his x-rayed chest pulsating waves of untold pain that electrified his nervous limbs. He’d give me props on my poetry and I’d do the same to him, but I suspected he thought I was paying him lip service. I knew he was from The Bronx, but I didn’t know his incredible story until I watched Loser Laowai in China. When TMG reached out to Randall through email he said, “It’s a channel that every black person coming to Asia should see. Don’t take coming to Asia to live lightly.”

Update 4/30/2020: Since this was posted Flagg took down his youtube channel, but he started Black and Abroad in China, which has over a million views. He’s also currently in season two of his highly popular podcast American Nightmare. For other Flagg updates, subscribe to his blog. 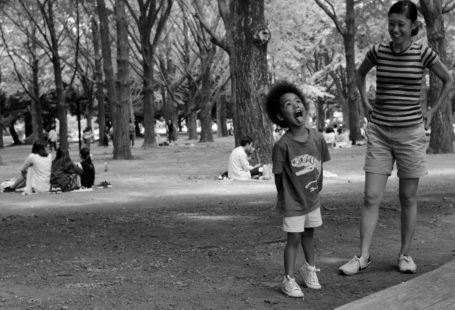